In Performance: AUNTS in a LOFT (NYC) 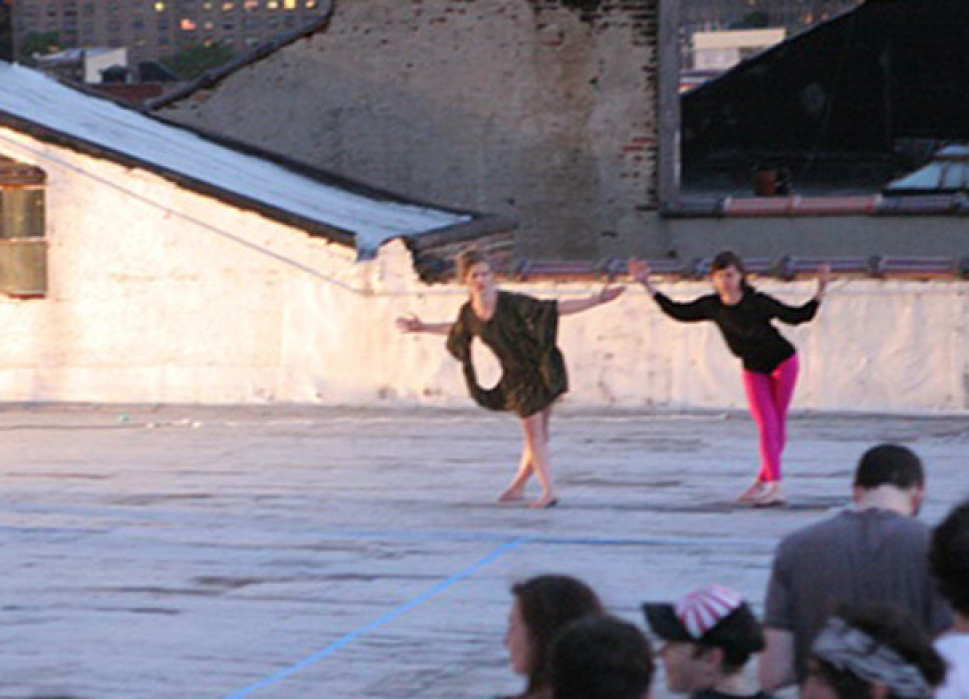 Admission is a Contribution to the FreeBar or FreeBoutique where everyone shops and drinks for free all night long!
Bring anything, like beer, soda, juice, the shirt in the back of your closet that you never wear anymore, etc.
AUNTS in a LOFT is the *classic* one night only AUNTS evening with multiple performers, overlapping performances, open dance parties, multi-disciplinary, body/non-body based, time oriented, finished/experimental/unfinished/process art. It’s the end of the summer show. Back to “school” y’all.

as always…
DANCE Party to follow.
About AUNTS:
AUNTS is about having dance happen. The dance you’ve already seen, that pops into your head, that is known and expected and unknown and unexpected. Dance that seeps into the cracks of street lights, subway commotion, magazine myth, drunk nights at the bar, the family album, and the couch where you lay and softly glance at the afternoon light coming in through the window. AUNTS constantly tests a model of producing dance/performance/parties. A model that supports the development of current, present, and contemporary dancing. A model that expects to be adopted, adapted, replicated, and perpetuated by any person who would like to use it. Where performing can last five seconds or five hours; never a “work in progress.” Where the work of performing is backed by the “land of plenty” rather than “there is not enough.” Where the work of AUNTS defies the regulation of institution, capitalism, and consumerism. AUNTS is about being gracious in this world.

In Performance: In And Out Of Uniform