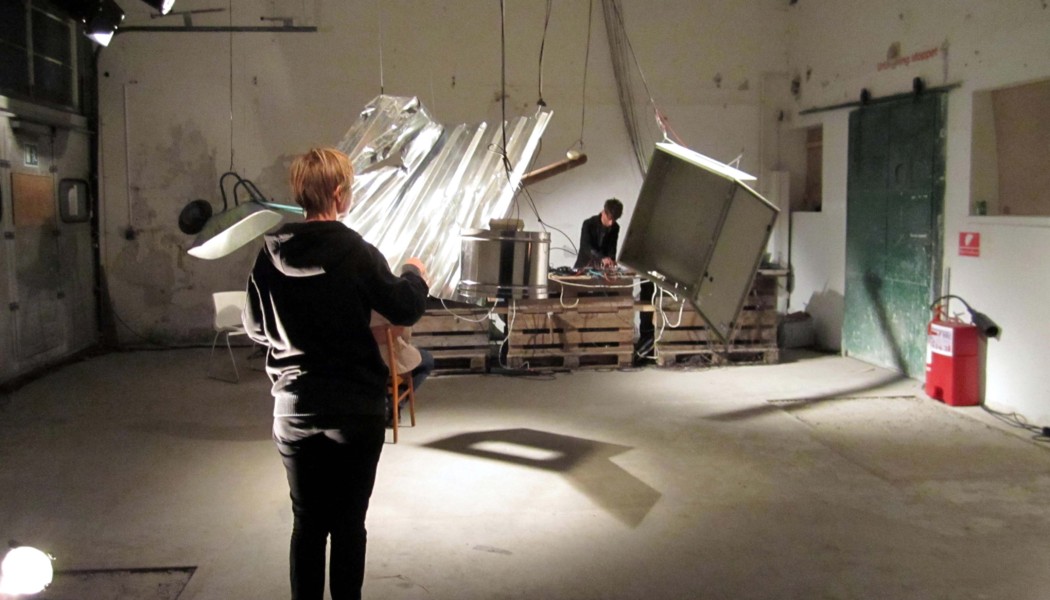 The LAK Festival for Nordic Sound Art was held in an old paint factory in the Amager part of Copenhagen, Denmark. The festival consisted of both an exhibition and an extended performance programme running over 4 days, from September 6th to 9th. The festival site compromised a raw and diverse setting for the artworks and performances to unfold in. Some of the artworks had a double feature of both soundsculpture and instrument for performances in the evenings.

The festival showed a collective piece called The Rainforest led by artists Derek Holzer and Mads Bech Paulszewski-Hau, which was a performance-installation made out of trash hanging from the ceiling and of soundscapes made by invited performers. In “The Rainforest” live sound was tranformed into vibrations running through the installed metal objects with the purpose to act like speakers for the performed sounds. You could also walk into a vinyl installations in an old factory hall, which compromised Vinyl Terror and Horrors complex noisy soundscapes. And visit an installation of so-called “paper mechanics” used as setting for a performance by the artists Ea Borre and Mikkel Pihl. The live programme also compromised Sandra Boss’ compositions based on and with analogue tapes and the Danish music collective YOYOOYOYs experimental constellation in an improvisatorial concert friday evening.

More about the festival: http://lakfestival.dk/english/index.html