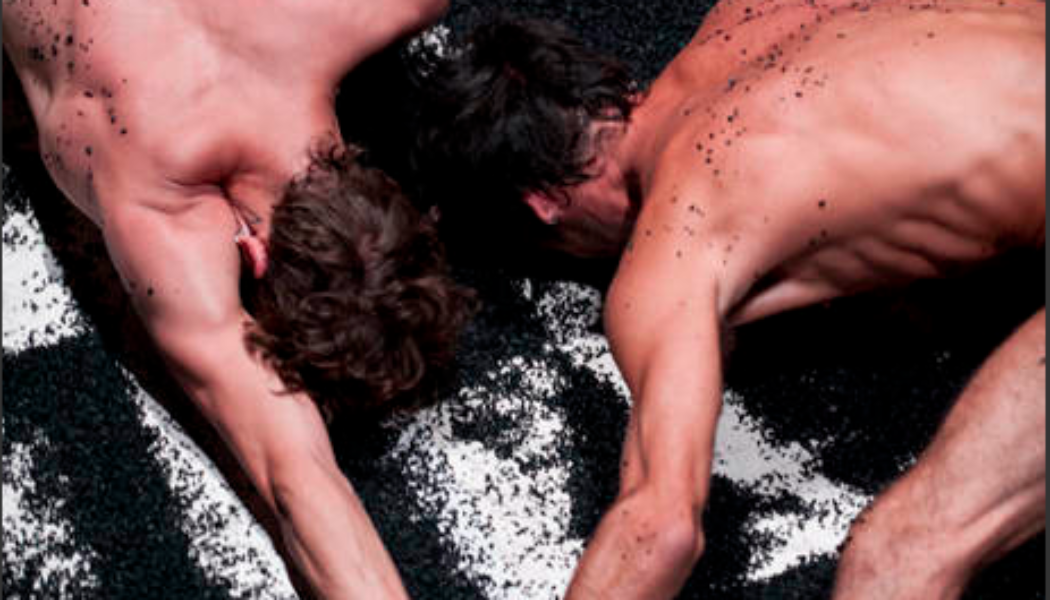 Black Out, after a series of pieces marked by theatricality, renews with the plenitude of movement and above all bearswitness to a very old attachment of Philippe Saire’s to drawing. Here, the materiality at work in Lonesome Cowboy (creation 2009) is at the centre of the performance in the form of a black granulated floor, composed of thousands of fragments in which the dancers’ movements leave traces, thus composing a choreographic piece inside which is a work of fine art. Although a dramaturgical framework is clearly visible, as always with Philippe Saire, the choreographer clearly intends to give pride of place to his graphic preoccupations in the construction of a narrative base. Here, dance touches the intimate sphere and offers a visionfrom on high to the audience, who are watching a work in progress. At the frontier of dance and performing art the piece incorporates the spectator -gripped by the intensity of movement on this black surface – within its performing space. These images of a return to the source, of regression, or even of an elegy to the shadowy part in each of us, from which the contemporary insistence on overexposure distances us, induce in the audience a sensual relationship, almost physical and tactile, with this moving composition, turning the performance itself into a veritable experience.