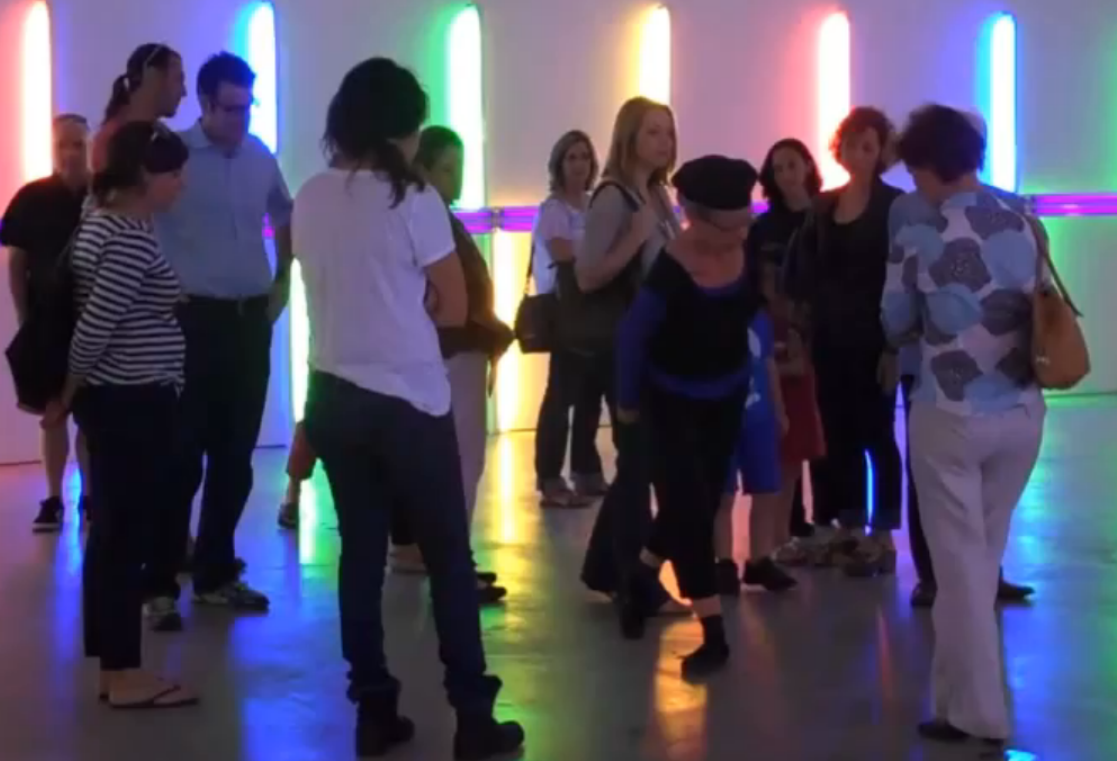 Deborah Hay, a member of the Judson Dance Theater and a founder of postmodern dance, performed at Richmond Hall on October 13 at noon and again at 3pm. Her site specific work called Richmond Hall was performed by the audience, six dancers and her within the Dan Flavin installation.

The event began with six dancers/conductors gathering and forming the audience into six groups. Each group was lead by a conductor and instructed by their conductor to follow and stay near them. Hay’s entrance was preceded by vocal sounds she was creating. She then joined the space and composed and moved her body through the space.

Throughout the event, Hay performed around and at times within the pond-like masses the groups formed. Sometimes she created accompanying sounds. At other times, it was silent other than environmental sounds. The conductors relocated their groups periodically, reshaping the layout of the space.

Hay’s performance was a complete choreography of the space down to the simple yet specific and flexible roles for the participants. Dancers conducted a score, and audience members subtly became performers and choreographed the site for Hay’s response.