In Performance: Arturo Vidich’s The Daedalus Effect and other dilemmas (NYC) 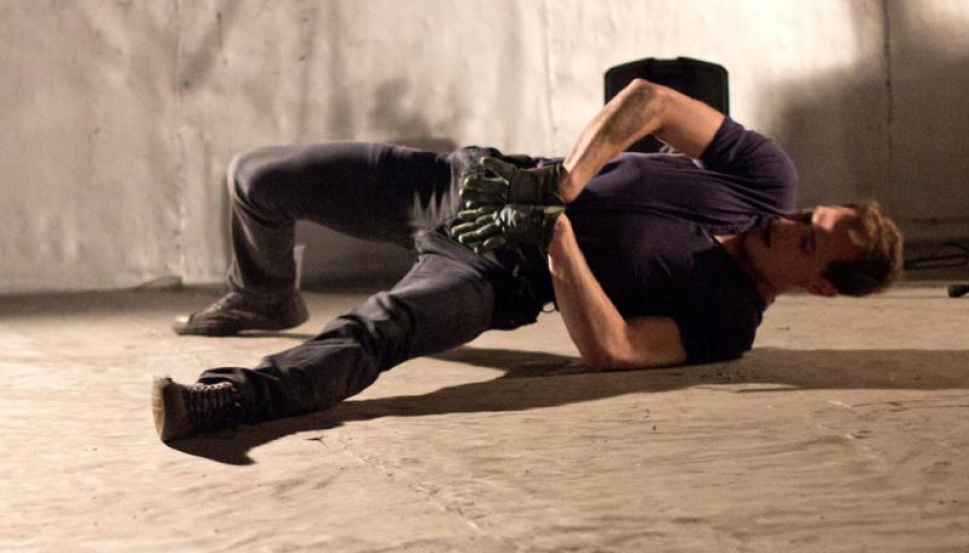 Exploring the edges of personal risk within performance, Arturo Vidich uses MAD as a site for the development of his newest improvisational work, The Daedalus Effect and other dilemmas.

A young voice in the use of improv within performance, Vidich draws from the mythical persona of Daedelus, creator of the labyrinth where he was later imprisoned with his ill-fated son, Icarus. Vidich offered micro-commissions to performers, writers, engineers, architects, and other artists to make or design objects to serve as improvisational scores for a solo performance. He uses these objects like puzzle pieces, manipulating and combining them to generate physical dilemmas that prompt strings of full-body gestures. Vidich interacts with the objects as though they were animate, leading The Daedalus Effect and other dilemmas to evoke warmth and playfulness—tinged with danger and deceit.

The Daedalus Effect and other dilemmas is commissioned by New York Live Arts and made possible, in part, by the Jerome Foundation and the National Endowment for the Arts. Additional support is given by contributors to The Dance Theater Workshop Commissioning Fund at New York Live Arts. The Daedalus Effect and other dilemmas will premiere January 24-26, 2013. www.newyorklivearts.org