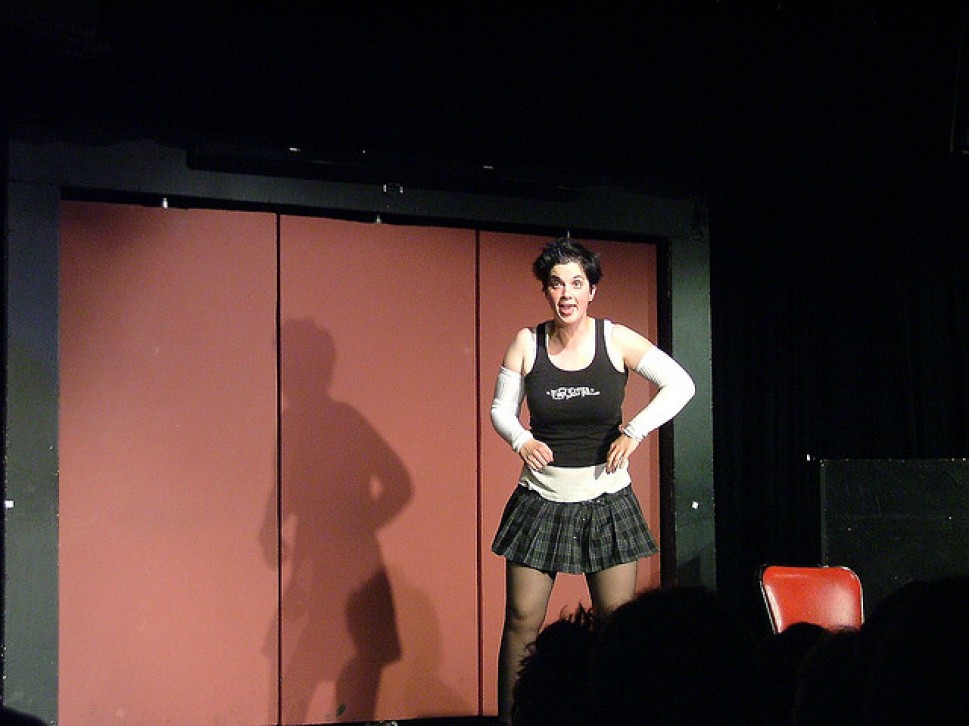 Drum Machine was performed by Jill Bernard, special guest of Station Theater, at Avant Garden on November 25, 2012. Station Theater is a comedy and arts conservatory in Houston, Texas.

Bernard began the solo performance with calling an audience member onto the stage. This person was asked questions such as: “What do you do for a living?” The volunteer was then allowed to return to their seat at which point Bernard called out for the name of a war in history. The Civil War and the Trojan War were both called out. Bernard stated she had not performed about the Trojan War before and so selected it.

Bernard then introduced us to her “drum machine,” showed off a variety of beats and began a comedic musical performance. This included performing and dialoguing with herself as numerous characters. These characters sang songs improvised on the spot to the various beats of the drum machine.

Bernard’s energy, knowledge and improvisation skills delivered an action-packed performance lasting nearly an hour. The fast-paced bouncing back and forth between characters, improved dialogues and improved songs kept the audience gasping, laughing and amazed.

Station Theater regularly presents shows weekly at Avant Garden, 411 Westheimer, Houston, Texas. For more information on Bernard and to find out when and where to see her perform, please visit: www.jillbernard.com