First Person: In The Middle Of This – Nuri Richards (Mexico City) 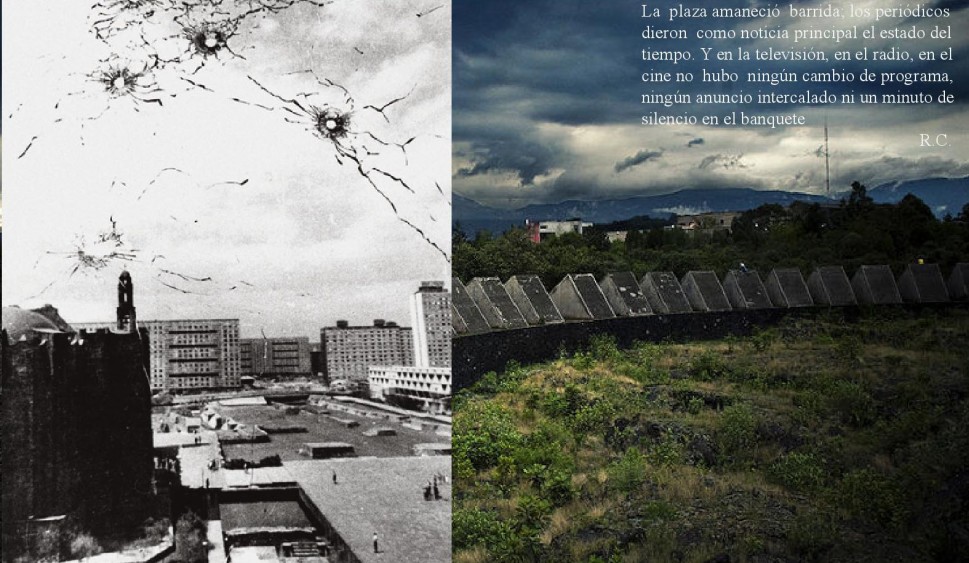 December 1st of this year groups of people went out the streets in Mexico City in a peaceful protest against the designation of the new President. People were beaten and arrested without evidence of involvement in acts of vandalism. Part of the persons took down by the police are musicians and artists committed to culture. There was also a 52 year old lady who a police patrol picked up for asking a officer to stop beating a guy. There are stories of verbal, sexual and moral abuse.

How not to feel fear in the middle of what’s happening here? How do we continue? How do we get up and get down every day with the sound of glass crashing in the floor? How do we contain these feeling in the chest that seem to be something between sadness and anger?

I’ve been writing, or trying to write about art posture in the middle of the waves of people in the streets in Mexico City and the reason they walk them, because that should matter. Now I don’t write as an artist, I write as a part of my own culture. Because, what are we without our culture? I don’t know. Nowadays I have more questions than answers.

Despite anything, the sun rises after every night, and we go back and forward carrying around some kind of hole in our hearts… it feels like time is still. How that kind of acts of public repression can take place in the same city where it´s celebrated a Love Parade, a International Art Fair (MACO) or a Symposium for Human Growth (TedMx)?

At the same time I write to You, I’m listening to the videos of resent actions in the streets. It´s beyond description how the sound of the voices make just one voice. In the videos I see and recognize faces, and I feel empathy for others.

I stand for believing that there are things out there that can make us better. So I continue writing to you. That´s how I hold back crying.

We live in Mexico City.
We believe in culture.

So I live you with this, a performance thought and carried out in the middle of this.

“Especies Endémicas” is a performance that took place in “Plaza de las Tres Culturas” on October 2, 2012. This place became a death field during the student’s protest march in 1968, in wich a military armed confrontation left many disappeared students and over 300 killed.

The postcard image with which the performance was announced is a montage of two landscapes in Mexico City, the first one is the stage where the confrontation occurred in October 2nd 1968, the other one is the sculpture space at the National University; where endemic plant species are born and raised big and healthy among a stone floor.

The performance was presented in the middle of a very delicate emotional environment for mexican citizens, between the many political demonstrations of discontent on the part of the civilian population that are occurring in Mexico during this presidential election and media effort to minimize the situation.

“Especies Endémicas” is a piece in which the artist is immobilized by a solid structure in the middle of a public place , to finally break free by her own.

Preparing the cement structure took 7 hours and the performance was carried out in about 20 minutes.

The importance of this performance lies in its quality as a tool in the border of what is political and that wich stands for public.

Performance is currently being developed in Mexico in terms of the critical systems over other conceptual lines and their origin is given in groups of artists in the 60’s as “Tepito arte acá” and exponents as Teresa Margolles. While this work creates structures about the concepts of society and its virtual spaces.

Plaza de las Tres Culturas, Mexico City (One of the most pushined places in history of mexican modern history. Search in the web by: Tlatelolco 2 de octubre 1968