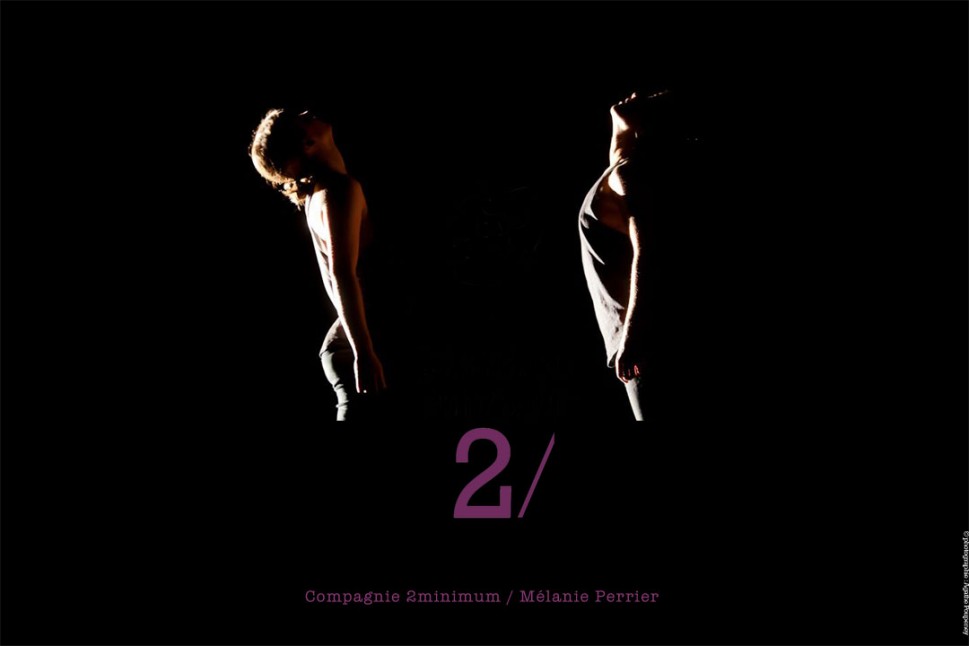 Could you briefly describe your piece Imminence?

Imminence is a choreographic piece for two dancers surrounded by a third one. The main idea is imminence: what is about to occur and what could occur. Imminence is revealed in the piece as the possibility of touching, in order to evoke differently and bodily the desire and its emergence. Imminence is almost there, not really something that escapes but rather a movement that never finishes. It’s a dialogue of a pre-contact, the borders and the surroundings of a physical approach, an ephemeral vibration persisting between two bodies. The imminence of touching is another manner of relate to the question of desire by making visible only the edge of its emergence. Desire is here considered as a dazzling transition. This imminence shows the vibrating space between two bodies that approach one another. It produces contractions and dilatations in the intermediate space existing between the dancers.

By choosing the form of a recurring face-to-face, the duo is composed by multiple moments of becoming close in within the choreography of the imminent touching of the two dancers.The movement is lived and loaded of a plurality of experiences and different matters that the dancers have been relating to, until the moment that what is left is only a purified sketch, a tension that becomes successively elastic, bouncing, heavy, condense. The movement is limited to the only vibration between two bodies. It’s always on the thread. The contact nevers happen. Imminence articulates three partitions : one choreography, one lighting and one musical. These three partitions do not relate on the same lines as in a correspondence, but rather as in an echo of a mutual interaction.

There are three performers on the stage, two dancers and one light operator. Could you make some remarks about this?
A third dancer comes in order to put to the test the image of these two bodies in a face-to-face. She intervenes throughout the mobility of one sole ray of light on the stage. It’s the only light on the stage. Starting from a written grammar of light combined to dance, the point of view of the spectator becomes moving. This mobile light deconstructs permanently the image of the duet. It is a game between the light and the dancers, in order to show but also to hide what is happening. At the same time, the light consumes and retains the image of the dance. I also like the idea that the spectator can hear but not always see the third dancer. That’s why lighting comes as well to a sort of achievement, the light is turned off in order to render the sound more audible.

When and where will your piece be premiered?
For now, the piece works by “activations”. The next version is March the 29th near to Paris. The premier will be Autumn 2013.

Do you have something to add?
With this project, I tried to build the movement differently than, as a from drawing or from an image, beginning with vagueness, accumulating lines and erasing enough material to keep only the imminence, that particular state of movement