By Caden Manson (Editor In Chief)on May 2, 2014
Comments Closed 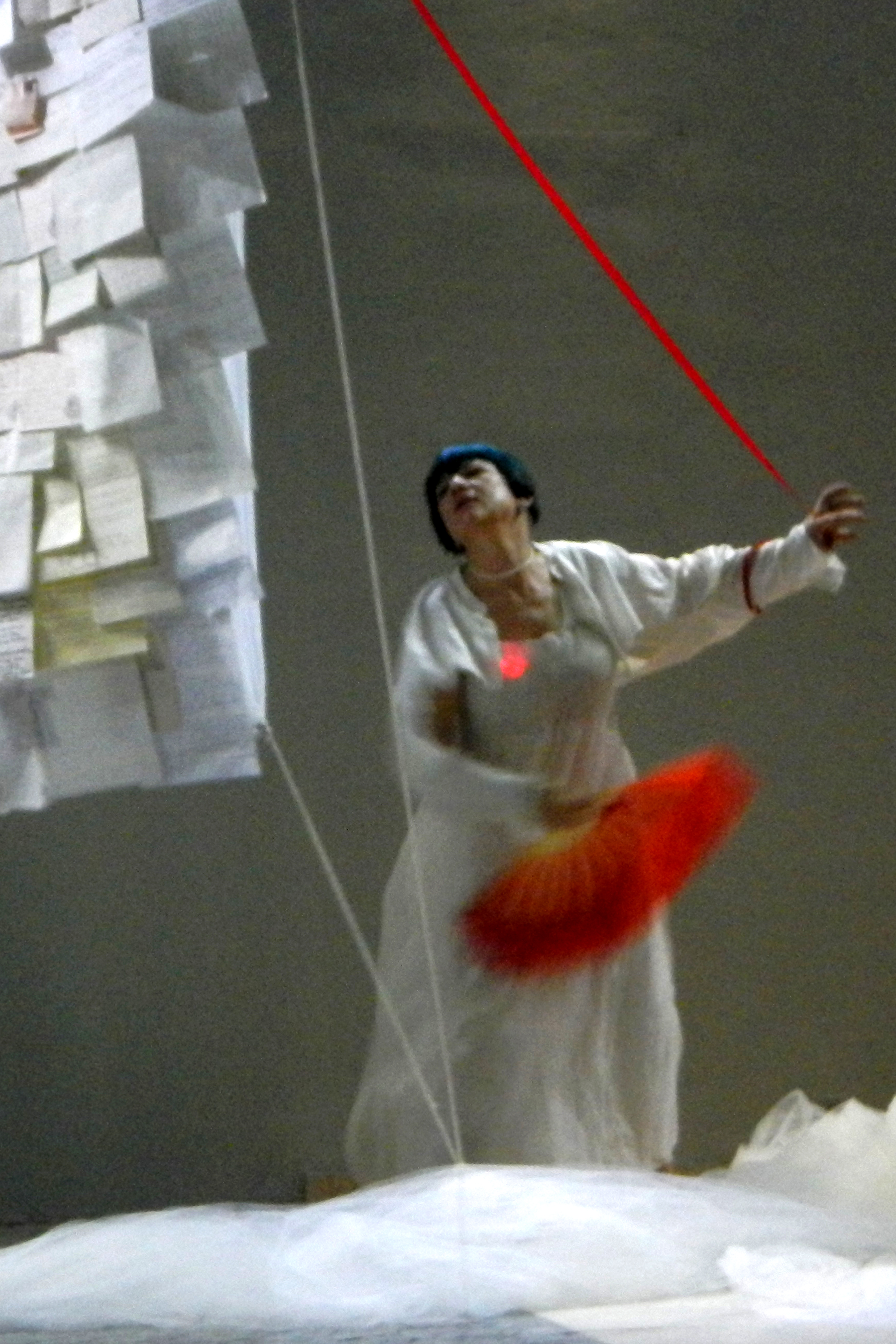 sincerely yours, Love Letter Project
love letters, written or never sent received or perceived lost love found love true love tainted love pure love longing love their love your love words of love hand and ink tracing the heart across paper… sincerely yours, The Love Letter Project was initiated in August 2013 whilst the Very Terry Reid Award Artist in Residency at BigCi, Australia, with a callout on social media for hand written love letters to be sent to a small country post office, in the mountains west of Sydney. Each day for two weeks I rode my bicycle to collect the letters, documenting the project on a blog: lovelettersincerely.wordpress.com. sincerely yours is the performative outcome derived from the content of the letters, devised in collaboration with Textile Audio: composer soprano Eve Klein. The physical presence of the letters feature in both the performance and trace installation. I see my roles as custodian of secrets that cross the space between distant people: the resonance created by these communications forms the basis for this performance. To maintain trust all contributors names were kept anonymous. This anonymity allowed an unaccustomed freedom of expression and intimacy. The performance evolves at each new location, in Java there were mounds of aromatic spices. A writing desk is made available for audience members to become a part of the tableau as they sit and write love letters, depositing their missives in a lidded box. Love letters are a universal language.

Bio: AñA Wojak is an award winning cross-discipinary artist working in performance, assemblage, installation, painting and theatre design. Australian born, she studied in Poland amid the turmoil of Solidarity and Martial Law, attaining a Master of Fine Arts in 1983. ‘My ongoing interest in site-specificity, ritual and altered states are often physically demanding and durational in nature, manifesting in visually poetic performance pieces that resonate with a visceral depth. I create rich tableaux incorporating found objects in the performance which remain as as a trace installation, incorporating smell; the sense most directly connected to cerebral memory. I am motivated by the belief that the site of the body is the most accessible and emotive medium available to an artist; using it in ways that may be percieved as extreme enables direct access to the heart and to create a lasting the experience in the mind of the audience. The powerful effect of art has a capacity to move people.’ Based in Northern Rivers NSW, her work has been shown extensively throughout Australia and internationally. She has appeared at festivals and collaborated with Tony Yap Co, Pacitti Co, senVoodoo (co-founder), La Pocha Nostra, and Felix Ruckert. In 2013 AñA performed in Lismore, Brisbane, Sydney, Java and Malaysia. stepping stones… the culmination of a 4 year project re-tracing her family’s migration to Australia will be shown at Lismore Regional Art Gallery in early 2014.