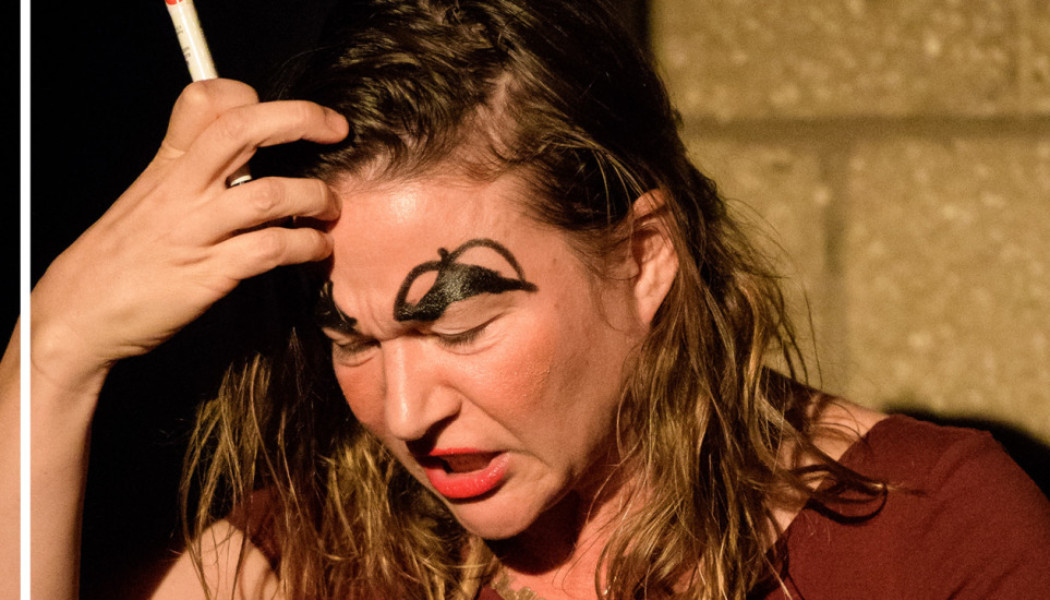 A single row of chairs lines the four walls of Abrons’ intimate G05 studio, all of them seemingly meant for the audience. Until Molly Poerstel enters from the hallway, takes an open seat, and, lit by a spotlight, struggles to speak. She has some pages in her hand, presumably a script she’s trying to say, but she just can’t get her mouth to form the words. She tries, over and over, for a remarkably long time, changing pitch and speed and tone, and eventually it becomes clear that she’s trying to say, “I hate when people talk about irony like that.” She struggles through a few more sentences until the lighting opens up to include four other women in the space with her.

What follows is a mix of text. movement, and song that explodes in the middle of the rows of chairs. The five women tell half-stories that reference trauma, sexual trauma, the sexualization of children, and the sexualization of trauma. The stories repeat and shift, as do the various movements the performers cycle through, which range from the behavioral (for example, walking a dog) to the abstract and expressive. Sometimes the women sing together. Other times they speak together, with powerful exhortations like “Don’t fucking do it.” It’s a simple statement that should be more than obvious with regards to the likes of sexual trauma, but of course it isn’t, and Juliana F. May’s Folk Incest helps to remind of that.