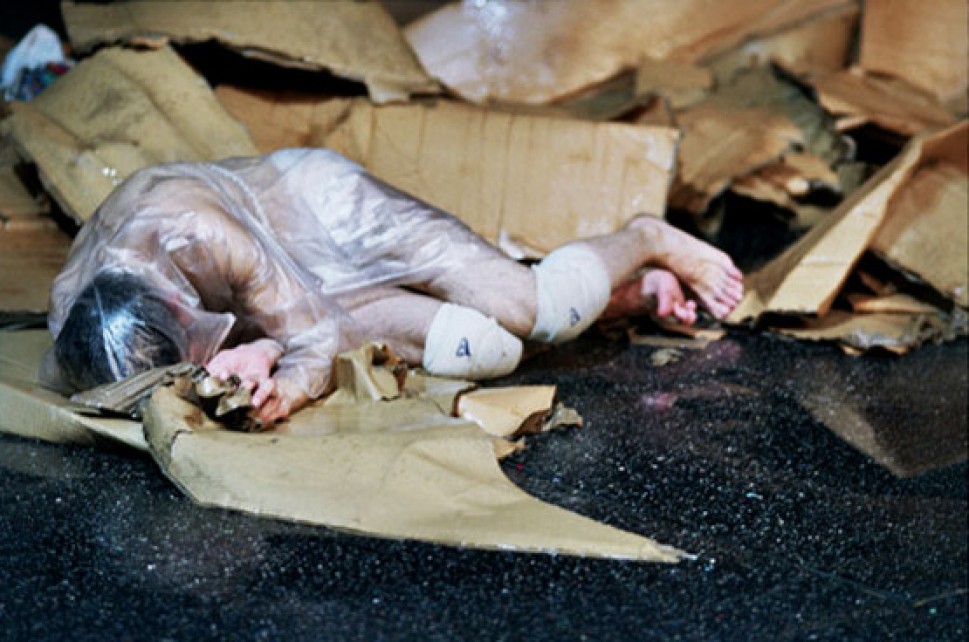 Meg Stuart (born in New Orleans) is an American Choreographer and Dancer based in Brussels, Belgium. She is one of the key figures in the European and International contemporary dance world. From 1983 to 1986 Stuart studied at the New York University where she received a BFA in dance with a main focus on release technique and contact improvisation. From 1986 to 1992 she was a member of the Randy Warshaw Dance Company. In 1991, Stuart presented her first full evening length choreography Disfigure Study at the Klapstuk Festival in Leuven, Belgium. Within the following two years, the production was shown 42 times in 17 cities (Berlin, Paris, London, Madrid, Lissabon, New York, among others). The Klapstuk Festival offered Stuart a residency in Leuven.

In 1994 she moved to Europe completely and founded her own company Damaged Goods. in Brussels the same year. From 1997 Stuart/Damaged Goods was an artist-in-residence at the Kaaitheater Brussels. Between 2001 and 2004 she had a residency at the Schauspielhaus Zürich invited by Christoph Marthaler. Since 2002 Volksbühne Berlin and Damaged Goods are collaborating. <from Wikipedia>