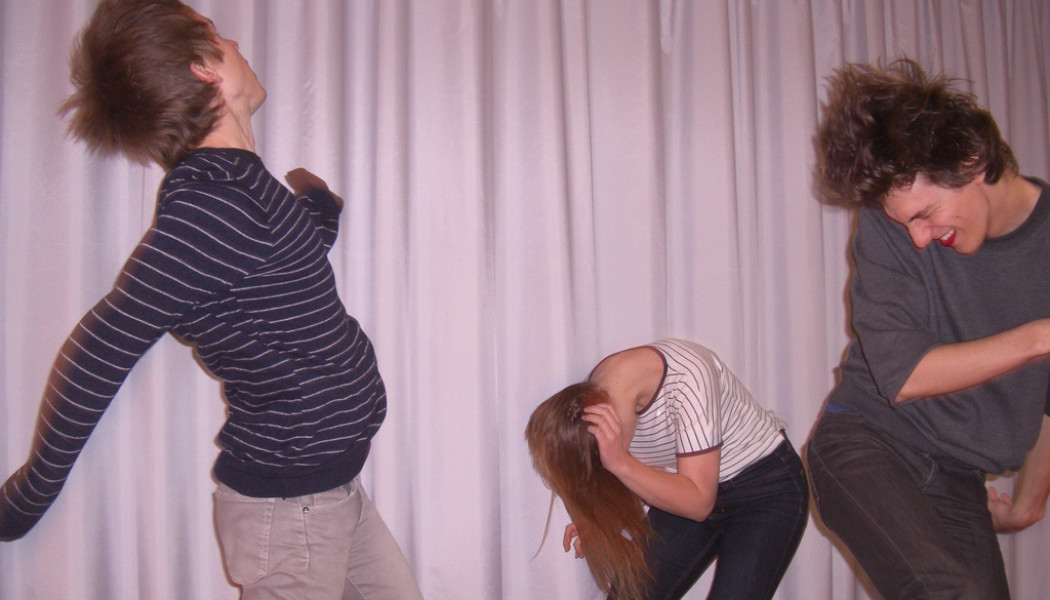 The Vooruit festival the game is up! is a playground for clever artists that create performances with a twist.

Under the tagline ‘You’re about to do something you shouldn’t’, the first edition asked the artists and the audience to discard the rules of classic theatre. In 2008, the game is up! – ‘Art for sale’ questioned the relationship between art and consumerism. At the last edition, ‘How to save the world in 10 days’, artists looked for utopian solutions for environmental, financial and other crises.

The festival has brought an array of colourful figures to Vooruit in the past years, including Reverend Billy, The Yes Men, Stelarc, Sponsored by Nobody and Moose. Some of the artists made such a big impression during the festival that they have become recurrent guests at Vooruit, such as the Superamas, Philippe Quesne, Eleanor Bauer, Antonia Baehr, Antoine Defoort & Halory Goerger.

Below is a Contemporary Performance curated list of some of the highlights of the festival. For a full program, visit the festival website.

‘Zombie Aporia’, his new choreography, will premiere at the game is up!. The show is based on the behaviour of the audience at a rock show. Just like a set list, the show consists of short sequences that can be played in a random order. The question is whether the choreography is based on the music or whether the music is adapted to the choreography. And what role do the voices of the dancers play? After all, the voice is the direct link between body and music.

The name of Gaetan Bulourde’s new show, is a direct reference to the Marcel Duchamp who placed found objects (“ready mades”) on a pedestal and thereby questioned art. But Bulourde doesn’t use urinals or bicycle wheels like Duchamp. Instead, he uses chairs, stools, beer crates, etc. Bulourde says that ‘Already Made’ is musical and physical, visual, eccentric, dada and gaga.

Bulourde studied maths and used to play music, but ended up on the dance scene when a choreographer noticed him at a party. He has worked with choreographers such as Meg Stuart and Thomas Lehmen, while also creating his own shows. In ‘Already Made’, he will perform together with Antonia Baehr (‘Lachen’, ‘For Faces’) and Valérie Castan.

Sweaty hands, a pounding heart, trembling knees, trouble breathing and the desire to run away fast. This can only mean one thing: you’re confronted with something you’re terrified of. Fear comes over you and takes control of your body. But somewhere along the way, that primitive instinct has become something we crave to experience. We go bungee jumping and watch horror movies and thrillers. Fear has become a form of entertainment. Kassys wants to find out why we enjoy fear and performances that evoke a similar tension. How do you scare someone with that person secretly enjoying it?

Dutch company Kassys is known for its multimedia theatre.