By Caden Manson (Editor In Chief)on May 18, 2012
Comments Closed 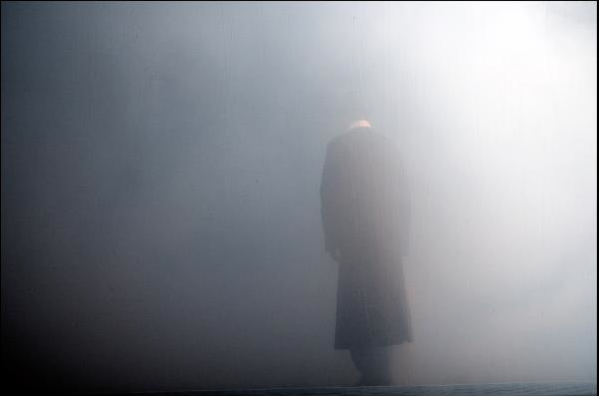 A popular and contemporary artistic adventure. Founded in 1947 by Jean Vilar, the Avignon Festival is today one of the most important contemporary performing arts events in the world. Every year in July, Avignon becomes a city-theater, transforming its architectural heritage into various performance venues, majestic or surprising, welcoming tens of thousands of theater-lovers (over 130,000 admissions) of all ages. Its legendary space is the “Cour d’honneur” (main courtyard) of the Popes’ Palace, the heart of outdoor performances, before nearly 2,000 spectators, on summer nights in Provence. The spectators, often on vacation and far from home, spend several days in Avignon and see a few of the 40 or so shows, mostly plays and dance recitals and occasionally concerts or plastic arts events. The Festival successfully brings together a general public and international creation for an original alliance. Avignon is also a state of mind: the city is an open-air forum where festival-goers discuss the shows and share their experiences as spectators. For a month, everyone can have access to a contemporary and living culture.

The Festival is made-up of performances selected by the artistic direction. Each year since 2004, the Festival takes shape with the collaboration of an artist mapping an art territory. It is the Associate Artist’s own questions, techniques and enthusiasm rather than his own creations which inspire the overall programme. The Festival management chose as associate artists : Thomas Ostermeier in 2004, Jan Fabre in 2005, Josef Nadj in 2006, Frédéric Fisbach in 2007, Valérie Dréville and Romeo Castellucci in 2008, Wajdi Mouawad in 2009, Olivier Cadiot and Christoph Marthaler in 2010 and Boris Charmatz in 2011. The adventure of Festival d’Avignon will go on in 2012 with Simon McBurney and in 2013 with Dieudonné Niangouna and Stanislas Nordey.

Once the programme is established, it finally comes as a result of the work of about thirty artistic teams throughout the Festival, with one or several performances, and also readings, exhibitions, films and debates, all of which are gateways into these artists’ own world. Each year, the Festival takes risks and each year that risk is shared with the artists. Every evening during the Festival, there is at least one show première, making Avignon a place of true creation and adventure for the artists as well as for the audience.

The Festival’s artistic director chooses the artists and their projects. There is neither selection committee, nor pre-conceived application form to fill in for the Festival.

The Festival’s directors are appointed by the board, and have to be formally approved by the Mayor of Avignon and the French Culture Ministry. Since Jean Vilar, the artistic director has been entirely free to draw his or her programme up and all the public bodies involved always respected this independence, regardless of their political leanings.

Below are Contemporary Performance’s Highlights. To see the full program, visit the festival website.

On 28 December 2009, Heidi Abderhalden went, along with her crew from the Mapa Teatro, to Guapi. That same day, in this small town in the southern region of Pacific Colombia, the inhabitants, mostly descendents of slaves brought from Africa, celebrated Los Santos Inocentes. Disguised and masked, they plunged headlong into a singular carnival in which the evocation of the Biblical massacre of the innocents of Bethlehem, ordered by King Herod, blended with the commemoration of their ancestors. History and the myths reactivated in this unbridled ritual echo, in a striking way, the looting and massacres of the paramilitary militias with which the present is still riddled. The Mapa Teatro brought back, from this dizzying experience, accounts, images and sounds. On the stage, in the midst of rubber balls and streamers, illusion and reality intertwine. The enemy quickly arrives and enters the festival to make it explode into pieces. Fragments of reality, recent and old memories, dreams and fantasies are reflected to infinity. Through this hallucinated kaleidoscope, the real from time to time takes on the look of alarming fiction whereas the theatre takes charge of returning to a disturbing reality. The actors’ subjective narratives open up a world of unresolved questions to us, in which a multi-facetted violence lurks, all the more threatening as it can never be clearly identified. Only the marimba music of the master Genaro Torres seems to escape from the agitation. Beyond its beauty, it rings out as an act of resistance, an unshakeable assertion of existence. SC

A group photo. One woman, seven men, a little embarrassed because they are not used to posing before the camera. They are all novelists except one: Jérôme Lindon, head of the publishing company Éditions du Minuit, who brought them together on the sidewalk of the Rue Bernard-Palissy. And so one morning in the autumn of 1959 in Paris, the adventure of the Nouveau Roman takes shape, that true but false literary school that challenged the convention of novel writing, favouring experimentation to the detriment of the primacy of the plot and the psychology of the characters. It was through this photo that Christophe Honoré wanted to bring to life again, in his own way, these men and women with diverse destinies. In his way, that is without any biopics, any historical reconstitution, but as close to the life and work as possible of these novelists, using the largest number of documents – their books of course, but also their interviews, memoirs and diaries – to sketch portraits, encounters, clashes. By entrusting the interpretation of these writers mostly to young actors, including Anaïs Demoustier and Ludivine Sagnier, and by having certain male roles played by women, and vice-versa, he means to create a distance that allows him to go the furthest from theatrical fiction. In a present in which the search for new artistic forms remains difficult, Christophe Honoré wishes to give a voice back to those who dared, 53 years ago, to assert loud and clear the desire to “produce something that doesn’t exist yet”. Famous and always in the eye of the media like Marguerite Duras, Samuel Beckett and Nathalie Sarraute, not as well known but recognized like Claude Simon, Alain Robbe-Grillet, Michel Butor and Robert Pinget, discreet and self-effacing like Claude Mauriac and Claude Ollier, they will be joined on stage by Françoise Sagan, the best-selling novelist, and Catherine Robbe-Grillet, and will together constitute the figures of the play that Christophe Honoré imagined as a tribute to these tireless inventors. JFP

To question the strength and danger of the image, this image that fascinates and torments, that lights up and conceals, a manipulated image, composed and recomposed, Romeo Castellucci built a multi-episode theatre cycle, each episode nourished by the crossing of a pictorial or literary work permitting the director to broaden the field of his questioning. After the face of Christ (Salvator Mundi) painted by Antonello de Messina, which questioned the look-image that called out, pursued and watched in the show On the Concept of the Face of the Son of God, after the story of the Reverend Mr Hooper who, in Nathaniel Hawthorne’s short story, The Minister’s Black Veil, questions the violence of the disappearance of a face, Romeo Castellucci looks at the story of the painter Mark Rothko taking his paintings down from the walls of the New York restaurant that had commissioned them from him. Behind this true story that happened in 1958, he ponders the torment of man faced with images and their use, but also the social rejection which the artist made himself the promoter of. In alluding to the effacing of the image desired by the painter, who found it impossible to exhibit his works in a place like the Four Seasons Restaurant considering its wealthy but also terribly superficial clientele, Rome Castellucci wishes to probe “the relationship between representation and negation of the appearance that, since Greek tragedy, has sustained the entire relationship of Western man and the image”. Mark Rothko moreover always considered Greek tragedy as the foundation of his painting. Once again, without any naturalism, without any explicit reference, the images that come from Romeo Castellucci’s imagination will make form emerge in the midst of chaos, to permit us to no longer only see but to enter “Rothko’s human picture” and to become aware that the painter’s decision “traces the orbit of absence”, this curved trajectory that never returns that can push us to the edge of the abyss. JFP

A man is sitting on a wooden container. A blue cap and a rucksack give him the look of a traveller. At the end of the path, he takes his shoes off and dances. Sakinan Göze Çöp Batar is a poem on exile, on the solitude of the surveyor. His interpreter, Kerem Gelebek, comes from Turkey. He came to France to train at the CNCD of Angers and now lives in Berlin. He has taken part in four shows by Christian Rizzo who, today, is creating a solo for him, in which their itineraries and their respective experiences of being far from home cross and echo each other: a solo in which the choreography says that he is “projecting himself by proxy”. Of course, Kerem Gelebek wears Christian Rizzo’s shirt, handles some of his pet objects – a table, a plant, a few books – and appropriates his choreographic vocabulary. But he also develops a personal language, crossed with traditional dance, undulations and dizzying whirls. From caresses to cracks, he inserts himself into the melancholic world of the choreographer as much as he enriches it, diverts it and sometimes subverts it. On stage, Kerem Gelebek moves like a mountain climber. With precision, suppleness and calm, until he lets go, secured by the choreographer who holds the rope and in this way permits him to express himself. In Turkish Sakinan Göze Çöp Batar literally means: “An over-protected eye always gets sand in it”. Or, in other words: it is by protecting yourself that you most risk hurting yourself. A title in the form of an invitation to daring, trust, for a solo in which the other is never far. RB