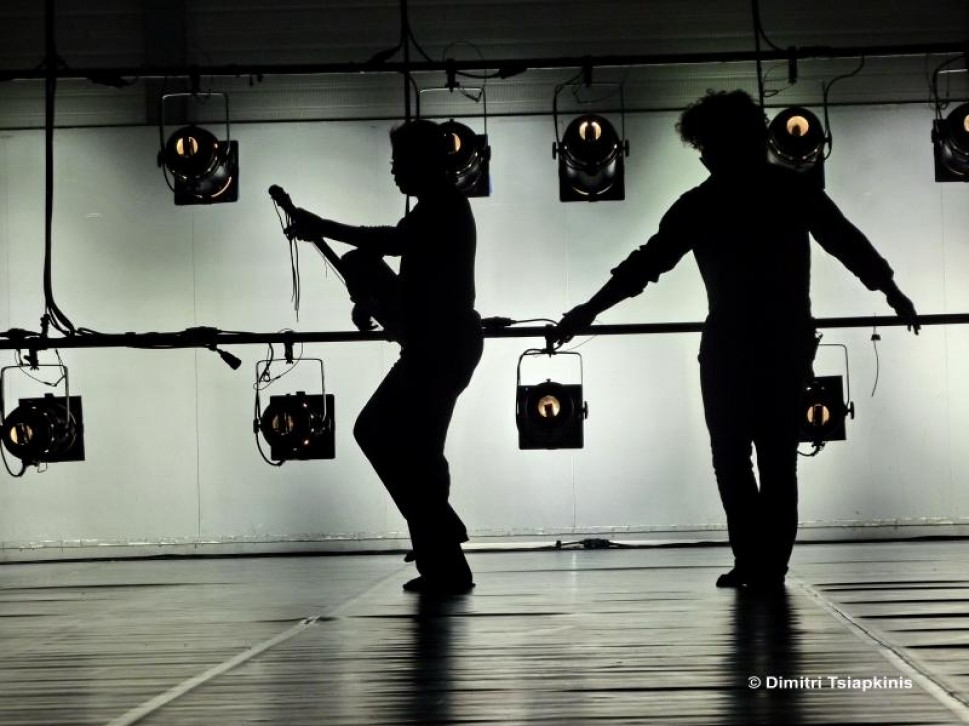 An international event celebrating new works in contemporary dance and theatre, the Festival TransAmériques combines disciplines and artistic trends under cohesive programming. The Festival presents exciting forms of the art of our era, featuring works by choreographers, writers and directors. The only criterion is to present strong work, regardless of theme or place of origin.

A vehicle for dialogue between cultures and generations, the Festival TransAmériques showcases major artists as well as artists whose emerging voices rise above the fray, influential and audacious. It supports these exemplary artistic approaches through co-productions.

The Festival is a place to meet, a major get-together. It encourages exchange between artists and audience. Workshops, debates and round table discussions that echo and expand on the performances give rise to discussion and questioning.

A contemporary dance pioneer in Morocco, Taoufiq Izeddiou is making his North American début with a work that knocks aside any semblance of dance conformism. Driven by the rage of bodies and minds too long condemned to silence, he fights like the devil in the backlight of a triple row of spotlights aimed toward the back of the stage. We see a faceless man grappling with invisible enemies, an anonymous silhouette thirsting for light and space. He uses his fists, his hips, his feet, his voice. Caught in the entrails of his own story, he desperately seeks an exit. Soon he will glare straight into the sun with the fiery spirit and insolence of those who have nothing to lose.

Riding the wave of the Arab spring, Aaléef updates traditions and questions what is possible on the threshold of a new freedom. Taoufiq Izeddiou proclaims a fully assumed, strong and original dance identity.

Featuring spoof TV interviews, a droll riff on a Disney film, preparations for dinner amidst tumult and turmoil, a body slung over a man’s shoulder like an old carpet and the music of Nirvana, this play is an urgent cry, howling that we have not heard the last of Iraqi youth. Mokhallad Rasem meets an almost impossible challenge with brio, staging a play, imbued with humour and beauty, about the disasters that have befallen the Iraqi people because of war.

In a dozen tableaux, Irakese Geesten exposes the daily life of a people ravaged by war, yet still keenly passionate for poetry. Assisted by Iraqi actors and Belgian-German actresses, the director skilfully juggles with the past and the present, fiction and reality, surrealism and pragmatism. This is theatre under tension that trammels clichés with welcome irony.

Replete with fervent bodies, vigorous movement, pandemonium and fighting, the piece swarms with furious energy, full of jubilant life despite the devastation.

He dreams. His sleep crackles with the fire of desire and the anger that fuels the pages ofRamayana, the tale of the tribulations of the Hindu prince Rama. She is his voice, his flesh, his vision, his cinematographer. In a remarkable dance with her piano, she sings, talks, prays and whispers. Sometimes he answers her in a back and forth of visceral resonance. Transformed into a man, woman, princess, demon or monkey god turned into a dog, she is a reflection of archetypes as mythological figures are reborn, taking on a human face. The body responds and changes with each new incarnation, and the voice moves from the heart to the belly. Forged with love, spirituality and sexuality, the images take shape and disintegrate in vivid fashion. A singular hymn to the collective subconscious.

A ceremonial incursion into the profound intimacy of the choreographer Benoît Lachambre and the musician, performer and dancer Clara Furey, Chutes incandescentes combines their many talents in a solo for two bodies. A remarkable, passionate work.

A capella voices rise, their only allies are silence, breathing and the floor that squeaks and resonates under their feet. Blending into a single body, the 19 performers of the dance company Rosas and the vocal ensemble graindelavoix express devastation and the hope for a better tomorrow, a new dawn. Dancers and singers merge together as they grope through the shadows seeking sunlight. They bring to vibrant life the spellbinding harmonics of songs from the 14th century, an era of drama and violence when a pope ordered the massacre of the town of Cesena, Italy. This space-time bubble is graced by spare, uncluttered dance inspired by walking and human footsteps.

In the second part of a diptych that began with En Atendant, the choreographer Anne Teresa De Keersmaeker and the musicologist Björn Schmelzer orchestrate a pure marvel by extolling the exquisite essence of the ars subtilior musical style, and contrasting it with the gravity and bounding energy of a mostly male cast. Transcendent.