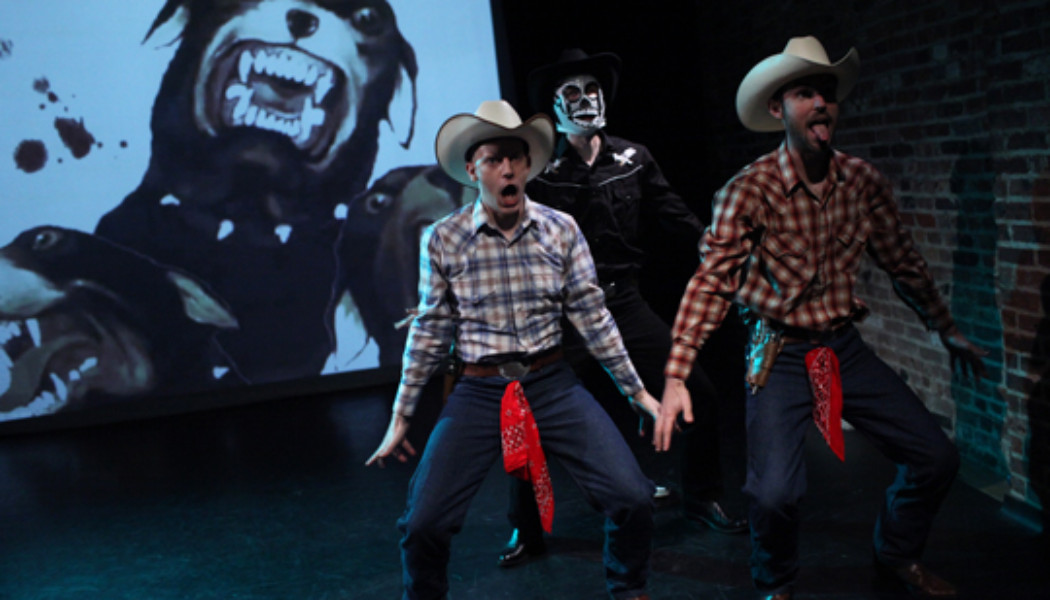 Laboratory Theater’s 2010 work is a meditative, cowboy dance-drama about the spiritual imprint of the windswept landscape of the American west. In an impressionistic narrative drawn from a variety of sources, two outlaws on the trail of an old adversary take work as jewel thieves for a washed up brothel madam. In a chance encounter with a traveling magician, they locate their enemy and conjure the violent forces of nature through sex-magic to take revenge.