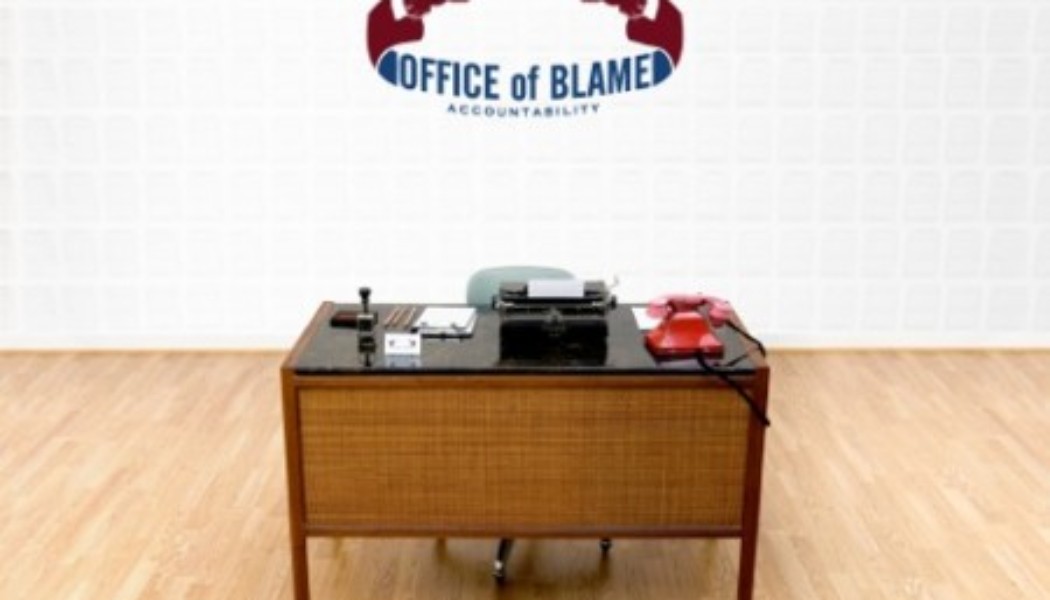 The Office of Blame Accountability is a long-term collaborative online social performance project created by Carla Repice and Geoffrey Cunningham.

Begun way back in 2007, the artists have set up shop–a table with a typewriter and red phone, often times in outdoor places–all over the United States, including Ground Zero and Democratic and Republican National Conventions. By providing a simple form to fill out, they create an anonymous way for people to achieve self-awareness by identifying what issues of blame exist in their own psyches. Carla and Geoff view their roles as facilitators in the public space, in order to provoke regular citizens to feel accountable for their own performance of finger pointing.

For September’s Now.Here.This, a project series of 3-art, participants will again have the chance to fill out their own OBA forms as we approach election season, in addition to viewing the OBA archive from the past five years.

The artists have pointed out that context becomes very important in shaping how people identify who they blame for what. During political gatherings, the outcries were generally pointed outward, while in less charged atmospheres, the blame was pointed inward and the personal became political. In the privacy of your home, in the charged atmosphere of the upcoming elections, in your day-to-day life… who do you blame?

To fill out the form and see the OBA archives, click here.

All forms will be posted online after they are submitted.

This project is also now a book by Loudmouth Press.