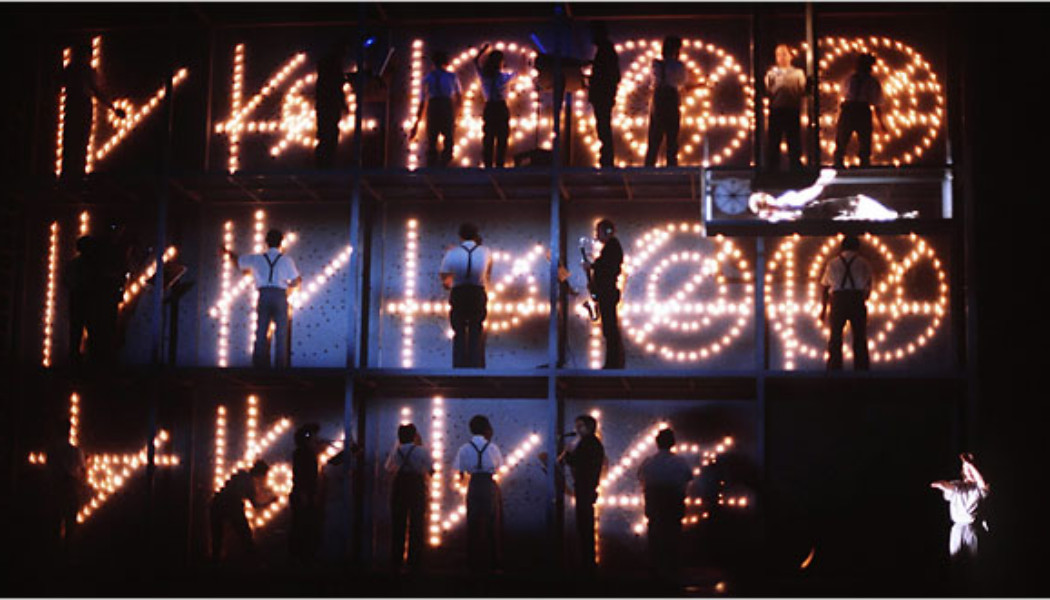 EINSTEIN ON THE BEACH
An Opera in Four Acts

Presented in association with Pomegranate Arts

In September 2012, BAM presents a revival of the seminal 1976 Philip Glass/Robert Wilson opera Einstein on the Beach. An international breakthrough for two of America’s most celebrated artists—and featuring choreography by Lucinda Childs—the production radically broadened what audiences might expect from opera, theater, or performance art. Einstein was performed previously at BAM in 1984 and 1992; the international tour provides an opportunity for new audiences and an entirely new generation to experience this powerful work.