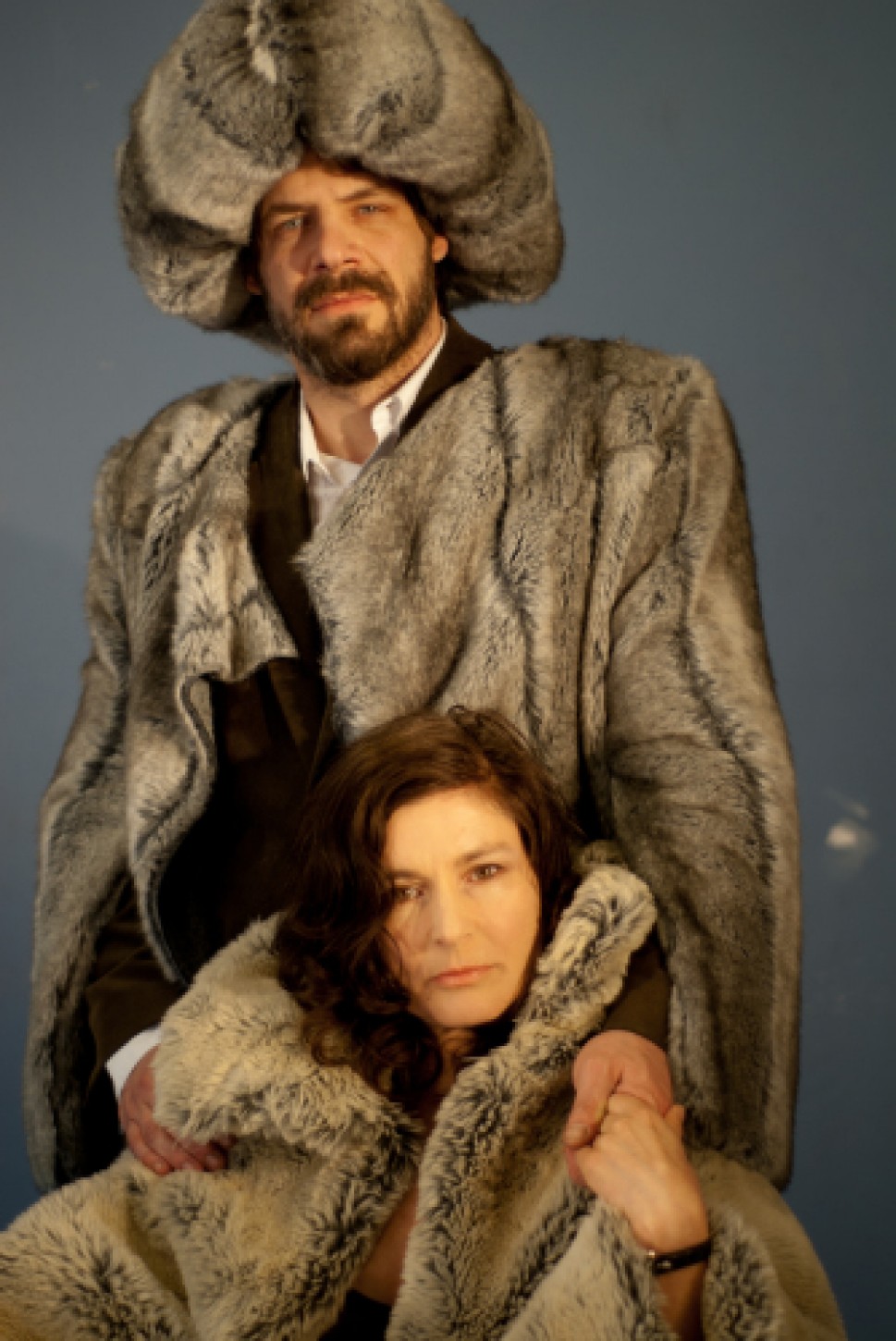 Jan Lauwers and Needcompany are premiering their new work Marketplace 76 in Europe this Fall. As ever, there’s provocation within the seeming perfection of Lauwers’ form and this piece promises to stir questions of ethics and representation.

Marketplace 76 is the story of villagers startled by an explosion in which 24 people lose their lives, including 7 children. The tragedy of the dead children weighs heavily on the surviving villagers. Too much grief dominates their lives. Until one day a lifeboat falls from the sky. Lauwers has written Marketplace 76, a kaleidoscopic and epic story composed of four seasons. It is a meticulous report on villagers who have been overtaken and driven forward by time, and in spite of everything are not always able to survive heroically. In Lauwers’ view the work reconciles such dark themes as mourning and sorrow, incest and abduction, paedophilia and suicide with excessive love, friendship, happiness and survival.

I’ll be seeing Marketplace 76 in a few weeks and will post a response. If my previous experiences of Needcompany are anything to go by then that response is likely to be positive. Lauwers’ Isabella’s Room was the show that made me fall back in love with theatre after a lengthy absence, so the bar is high but the company is deft. We’ll wait and see. I’m based in Western Australia and travelling to Europe expressly to see Marketplace 76 so here’s hoping …

This is my first post for CP, and the reason I’m featuring Needcompany’s very European work rather than something from the country I currently live in is that more than a few of the postgraduate students I’m working with are driven by questions of ethical representation. I’m not pre-empting what I’ll see (at least I’m trying not to) but I’m guessing this show will form a useful address to that debate. Damien Hirst once said that his art invited viewers to take a holiday from morality and ethics. Apropos of that, the things I’m wondering are these: Is there anything that performance shouldn’t touch? Is performative representation an innately ethical act? What’s the currency of truth?

John Freeman (Western Australia)
John Freeman is Associate Professor in Performance Studies at Curtin University Western Australia and a Fellow of the Royal Society of Arts; formerly Reader in Theatre & Deputy Head in the School of Arts at Brunel University West London. Author of over 80 published articles and chapters alongside his own books 'Tracing the Footprints', 'New Performance/New Writing', 'Blood, Sweat & Theory: Research in Practice through Performance', 'The Greatest Shows on Earth: World Theatre from Peter Brook to the Sydney Olympics' and 'Remaking Memory: Autoethnography, Memoir & the Ethics of Self'.