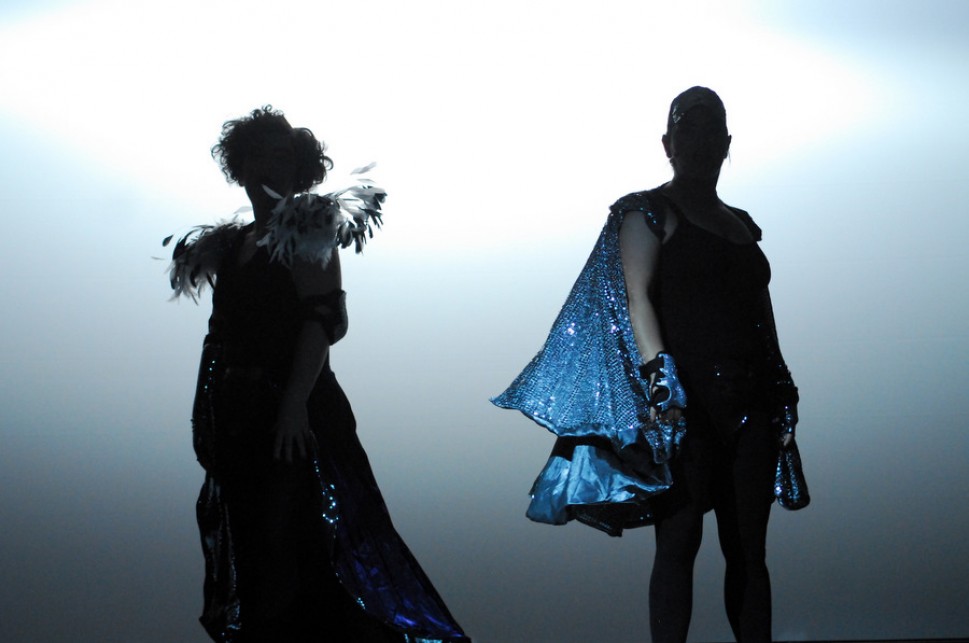 A group of travellers arrives in Hotel Totale after a turbulent journey. The hotel, somehow alive, receives the guests in a friendly way.

An actress lives in the Hotel Totale as a permanent resident and has a strangely close relationship with the hotel. The guests turn out to be extremely precarious figures who move from one extreme situation to the next.

The hotel increasingly enjoys them. In order to be able to keep them a little bit longer, one day it decides to continuously lower the room prices, thus increasing the time with its guests. And now the hotel suddenly starts to accept an endless number of guests.

With this intermedial performance – in which the media used completely reflect the style of Sabine Marte’s work in the fields of video art, performance and music while developing extraordinary narration techniques – the author refers to Hilbert’s Hotel: a thought experiment by mathematician David Hilbert that attempts to illustrate the infinity of numbers. Have a pleasant stay in Hotel Totale!