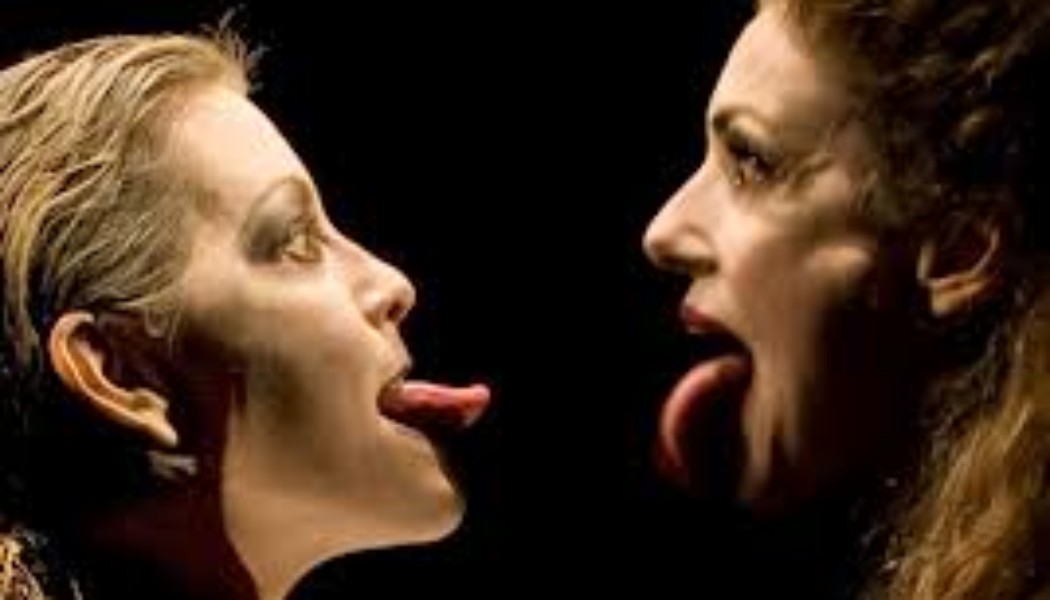 Alarme, currently playing in the historic Attis Theater in Athens, is a devised performance inspired by the correspondence between Queen Elizabeth and Mary Stuart. It is “a highly visual creation of artistic virtuosity, a sarcastic look at power”, according to the play’s publicity blurb. The director Theodoros Terzopoulos is renowned in Greece and abroad for his systematic method of performance that is based on his training with the Berliner Ensemble and his influences by Wilson, Suzuki and more. His reputation is well merited and this shows in Alarme: the staging is very simple and inventive with an austere, geometric use of the space and with extraordinary actors who are in full command of their voice, their bodies, their every facial muscle.

While the physicality and structure of the performance is admirable, the content is found wanting. The staging insists on a postmodernist deconstruction of meaning (with the use of speech patterns, different languages, and movement) that short-circuits the attempt to discern the real intention of the performance. It is hard to tell whether irony, or critique, or admiration to power is intended behind what looks like an exercise in style. And while such aestheticism might have been acceptable some years (or decades) ago, it is very difficult to accept it now, at a time when society is boiling and the questioning of power (especially in Greece these days) is more urgent than ever.

Equally crucial is the problem of the sexualization and exoticization of female power – the cliché, recurrent desire to confine powerful women into erotic and eroticized interpretations. In its entire duration Alarme‘s only focus is to stage a sexual tension between the two women – manifest in their animal postures and costumes, their snake-like movement, their heavy breathing, the way their words intertwine- a heavily eroticized push and pull between them until, sliding on top of each other, they become one. This final unity, is, according to the program note (loaded with psychoanalytic tones), the ultimate desire of the two women: “Behind the conflict […] lies a desire for complete union of the two women, as a means to their ultimate, narcissistic completion. […] The two women fight in order to deny an invincible passion to become one”.

Rather than stressing the fact that Elizabeth and Mary Stuart were powerful enough to make decisions and change the course of history for the entire England, and Europe, I will stress the need for artists to remember the present, renewed attacks to women’s sexuality and self-determination the world over that threatens decade-old struggles and debates for equal rights and representation. Such realities render any reductionist, old fashioned representation of female power problematic. We live in complicated times and the best of our directors have heightened responsibility to illuminate this reality. For better or worse, we cannot afford an “art for art’s sake”.