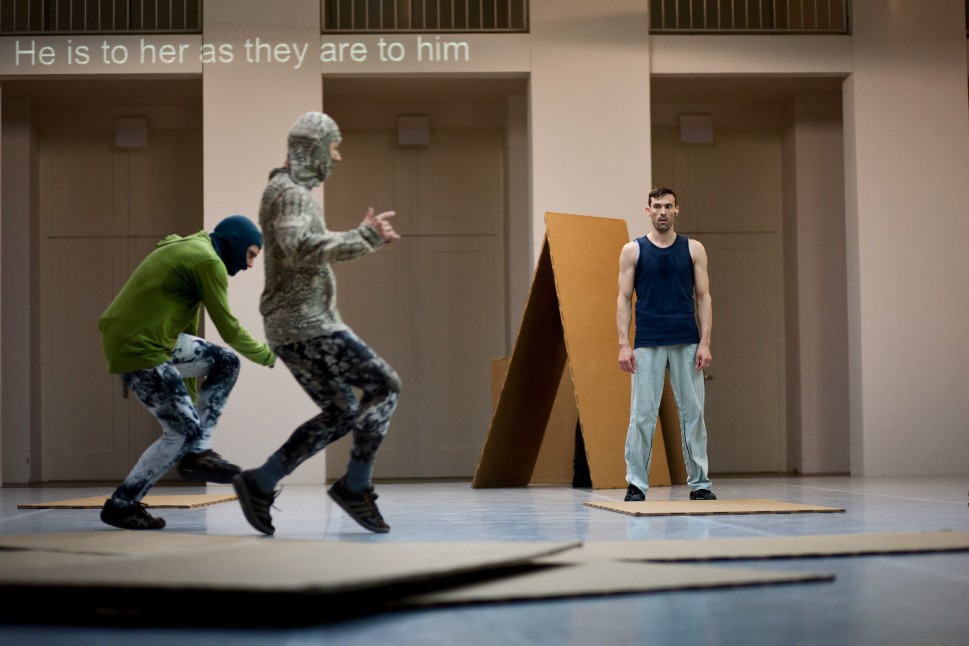 Between avant-garde and virtuosity, between the zest for dance and movement research, William Forsythe’s choreographic works in the last two decades have not just renewed the codes and possibilities of classical ballet. Rather his artistic work, in its very characteristic combination of movement, language, architecture, music and technology, has left traces going far beyond in the field of contemporary art.

With Sider, the exceptional choreographer and his outstanding company, who captivate through their movement technique and improvisation, are showing one of their latest performances at the Tanzquartier Wien.

The rhythmical inflections of Elizabethan theater, like those of classical dance, have been sustained by a tradition of transmission from performer to performer for over 400 years.

In Sider, these intricate patterns of speech are communicated to the performers via the soundtrack of a filmed version of a late 16th century tragedy. The adherence of the performers’ actions to this vocal score instigates disquieting configurations of incongruous musicality that underscore the drama’s themes of analogy and obscuration.