Featured: The Institute of Failure 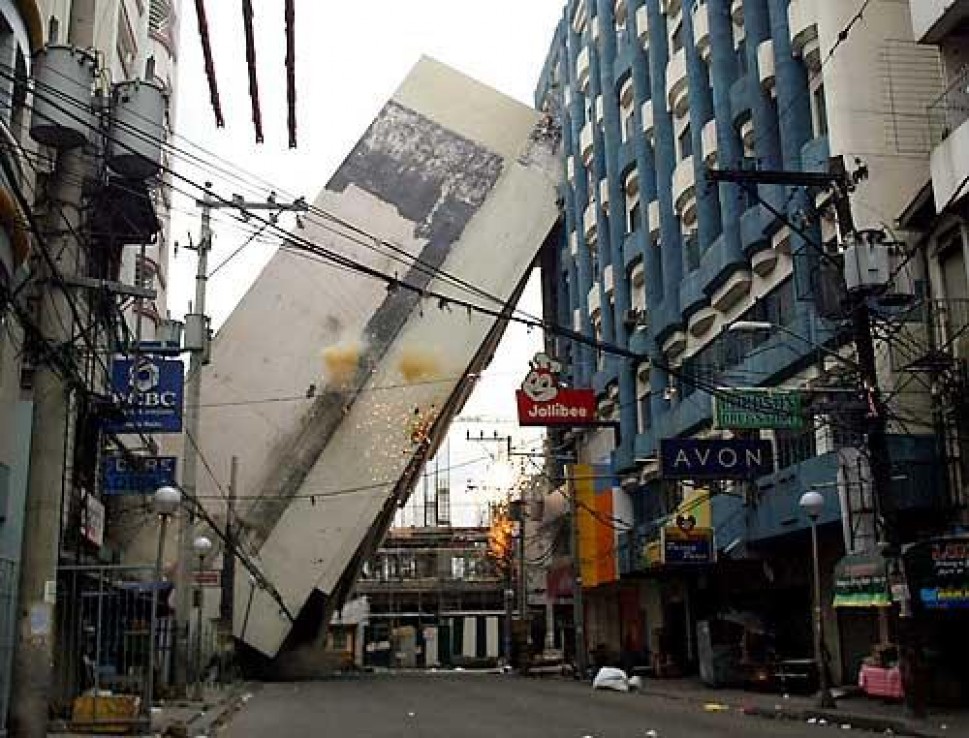 About the Institute
Situated on the ungraspable border between deadpan irony and high seriousness, The Institute of Failure dedicates itself to the documentation, study, and theorisation of failure as it occurs in all aspects of human endeavour.

Existing as a website and through occasional live presentations, the Institute of Failure is a think-tank whose concerns may be summed up in the following questions:
What is failure?
How do things fail?
Why do things fail?
What is the part of failure in the psychic, cultural and social landscape of human-kind?

Headed by Tim Etchells (Forced Entertainment) and Matthew Goulish (Goat Island) and backed by a team of Honorary Scholars the Institute aims to map the face of contemporary failure in avowedly cross-disciplinary style, exploring areas such as architectural failures, relationships that fail, obsolete, dead or ‘failed’ media, sporting failures, the nature of ‘the catastrophe’ etc.

The Institute of Failure website will present the archives of the Institute, provide information about forthcoming activities and gather resources and links to other materials concerning the object of its study.

Institute Personnel – Directors
Matthew Goulish has been a collaborative member of the performance group Goat Island since it began in 1987. His book 39 Microlectures in Proximity of Performance was published by Routledge in 2000.

Tim Etchells is artistic director and writer behind Forced Entertainment, ‘Britain’s most brilliant contemporary theatre company’ (Guardian). As well as creating projects in diverse media (performance, video installation, SMS, new media), Etchells has published three books: The Dream Dictionary (for the Modern Dreamer) published in 2001 by Duckworths, Endland Stories published in 1999 by Pulp Books and Certain Fragments, a collection of essays on contemporary performance published in 1999 by Routledge.

Institute Personnel – Honorary Scholars
Sara Jane Bailes is a writer and performer living in New York. She teaches performance practice at Tisch School of the Arts, and critical writing courses which focus on the intersections between art, politics and popular culture. She is currently writing her doctoral thesis on contemporary performance and the poetics of failure. In her spare time she walks.

Ant Hampton‘s collaborative ROTOZAZA is London-based and produces performance work written for specific places, music and people (not necessarily in that order). The work ranges from miniature interventions through to large-scale “happenings”. www.rotozaza.co.uk.

Adrian Heathfield introduced the inaugral event of the Institute in Sheffield during December 2001. He is a lecturer in Theatre Studies at Warwick University and a freelance editor, writer and curator. He is the editor of Small Acts at the Millenium (Blackdog 2001) and Shattered Anatomies (1997).

Mary Agnes Krell is the multimedia designer for Forced Entertainment and has collaborated with Forced Entertainment on this and other digital projects. She is presently the head of the Design department at Cornish College of the Arts and is completing work on an experimental short film called, “The Somnambulist” in Seattle.

Howard Matthew is a visual and performance artist who graduated from Dartington College of Arts in 1997. His work has been exhibited throughout the UK and internationally. For The Institute of Failure he is showing his ‘Manual of Assisted Appliances’ which diagrams the assembly of failed appliances including rigged chairs, slapstick wardrobes, collapsing ladders and rotating beds. “My practice draws upon the idea of the everyday or the pedestrian as a point of departure or form of design brief for which I aim to find a solution – of sorts. The ‘contraptions’ which I construct in response aim to transport or transform the fantastical or imaginary to become the mundane or casual: I have developed space simulation equipment with a car axle and ironing board, demonstrated with the aid of a vacuum cleaner the correct posture for sky diving and made split second costume changes using a smoke machine and the public telephone boxes of Hull.” (from The Institute of Failure website)

The Institute of Failure online