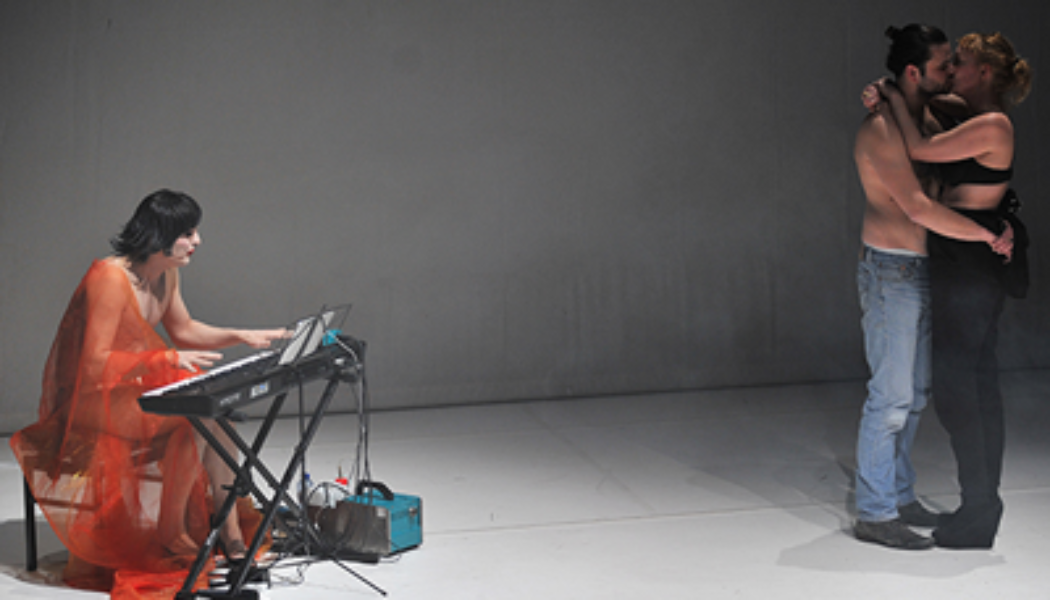 Acclaimed Bulgarian artist Ivo Dimchev, known for his provocative performance works that explore connections between tragedy and humor and one’s personal sense of modesty, opens the festival with P-Project. Selected as one of the best theater performances for 2012 by Nachtkritik-Theatertreffen, P-Project is an interactive performance based on “P” words such as People (i.e., police, painters, prostitutes), Piano, Poetry, and Poppers. With this work, Dimchev confronts taboos surrounding money, value, and content authority, inviting audience participation and testing the audience’s creativity and desire for risk-taking.

Ivo Dimchev’s work is an extreme and colorful mix of performance art, dance, theater, music, text, and visual elements. He is the author of more than thirty performances presented across Europe and North America. He has received numerous international dance and theater awards, including the Iron Medal for Contemporary Art “Vencislav Zankov” (2013), and a Bessie Award nomination for Lili Handel (2011). After his master’s studies at DasArts Academy in Amsterdam, Dimchev moved to Brussels and opened his own performance space, Volksroom, where he presents young international artists. Dimchev is a master teacher at the National Theater Academy in Budapest, and founding director of Humarts foundation in Bulgaria. He is currently Artist in Residence at Kaaitheater in Brussels, and the 2013 mentor of the danceWEB scholarship program for ImPulsTanz in Vienna.

This performance may include nudity.