By Caden Manson (Editor In Chief)on May 3, 2014
Comments Closed 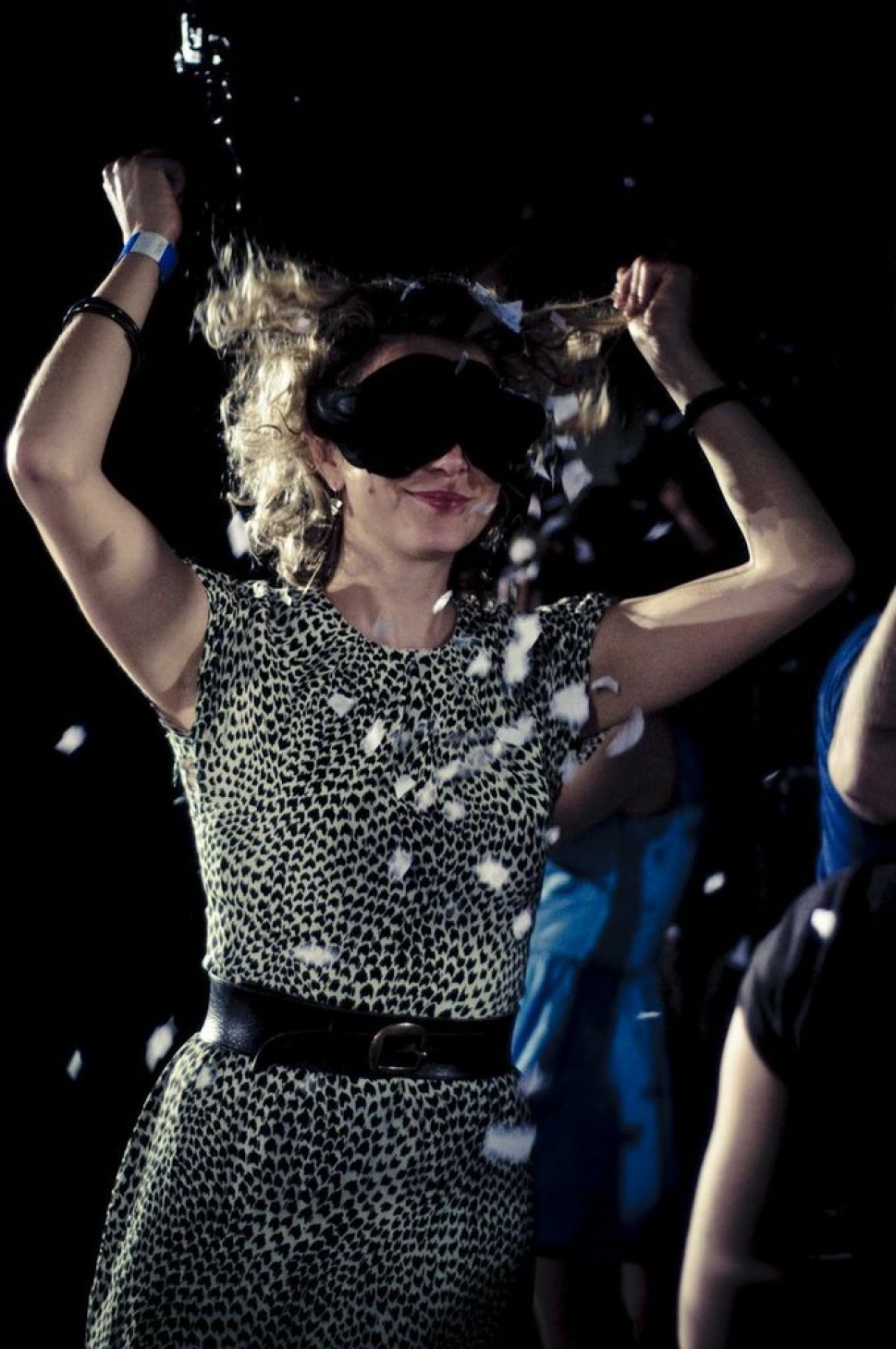 Thrashing Without Looking
Thrashing Without Looking is an experiential, intimate work that combines performance and live cinema to deliver a one-night-stand of condensed love-story clichés that point to our increasingly mediated relationship with one another and ourselves. Created by the audience, for the audience, it involves video goggles, champagne and a lot of loud music. While one part of the audience creates the performance with the artists, the remaining audience members experience the event through video goggles that capture a live video feed. The performance concludes with the audience regrouping to watch themselves in a big-screen playback of the karaoke-style film clip they have just created. Reviews: ‘It provoked all sorts of thoughts about the modes of dismbodied communication we engage in now – televisual, internet – how trust and agency are still called upon and how intense and liberating is the sense of touch … I didn’t want to leave.’ – Fiona McGregor, RealTime. ‘It makes me clearly realise that no matter how much my contemporary perception is shaped by the intricate, informative pixilation of technology, nothing in the world will ever replicate that unmistakably visceral exchange that happens simply by being tenderly held’ – Susie Hardgrave, Australian Stage ‘The whole effect is disorientating, tender, a little scary, and utterly thrilling. The thoughts provoked linger with me long after we are gently ushered out.’ – Miranda McCallum, Rhum Media

Bio: Aphids is a company of artists who create cross-artform works using performance, music, new technologies and site-responsive, participatory methodologies. The group is led by Artistic Director Willoh S.Weiland in collaboration with Artistic Associates Elizabeth Dunn, Martyn Coutts, Lara Thoms, Tristan Meecham and Thea Baumann. Aphids is ambitious, experimental and collaborative. It is driven by what is current and urgent in contemporary culture and a passionate belief in the social role of art. Aphids’ work has been presented across Australia and in the Netherlands, Germany, Switzerland, Japan, China, USA and Mexico. Current projects include: Forever Now, a major international project inspired by the 1977 Voyager Golden Records, with outcomes online, on earth and in outer space; Flyway, an award-winning audiovisual birdwatching tour through urban spaces; Fun Run, a riotous spectacle produced by Insite that pushes the limits of endurance with hundreds of community participants over a five hour treadmill marathon and Thrashing Without Looking, a 3am ride through loneliness, frenzy, banality and cliché. A performance you can watch, create, perform and control.