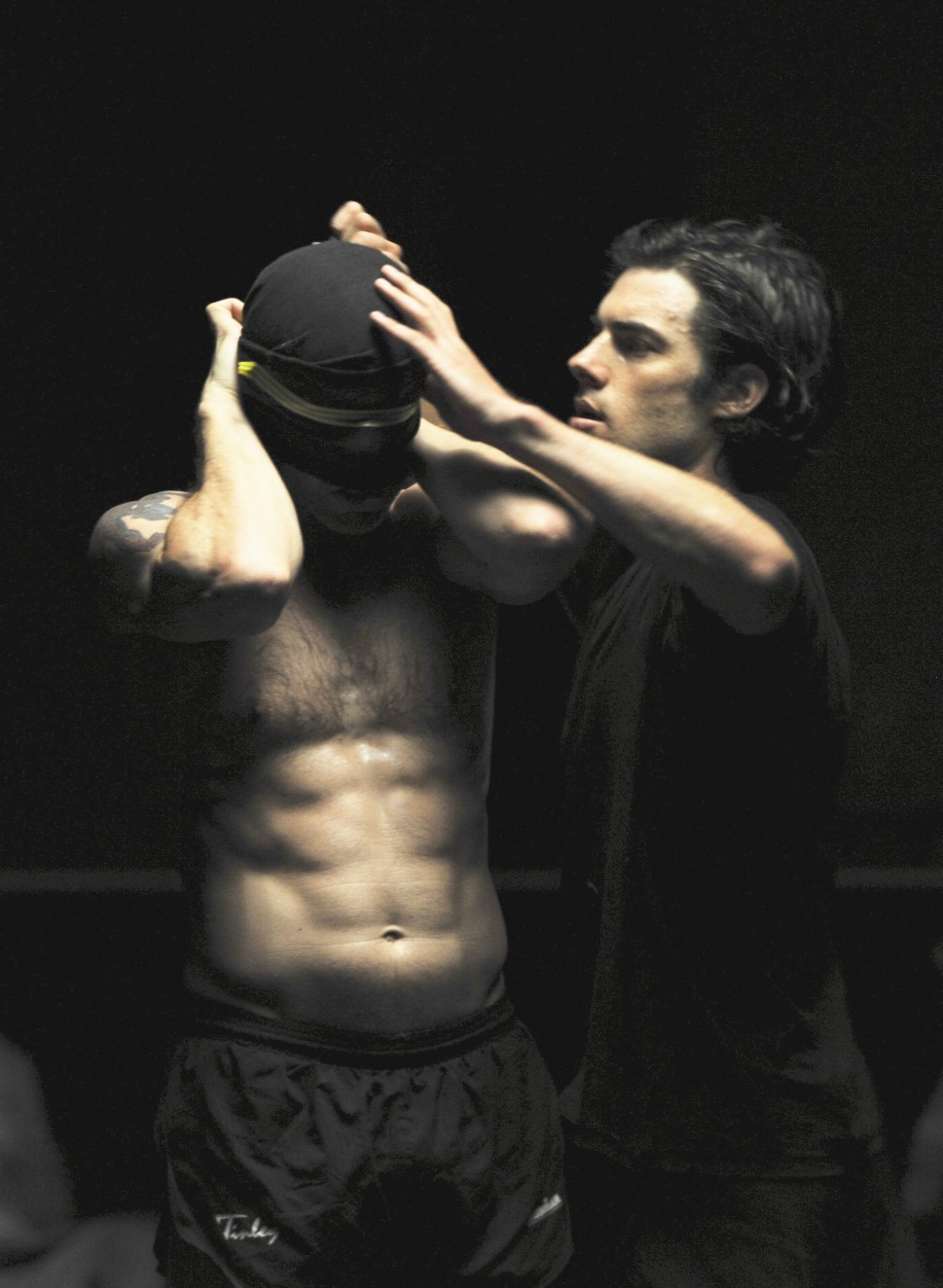 WHELPING BOX
Provocative and intelligent, visceral and strange: Whelping Box is a breeding ground for wild things; for dogs and gods. Two male performers take up their positions in an intimate 10m x 10m arena, with the audience at close proximity, and engage in a series of tasks seemingly design to test their limits and to strip themselves of civility. Through feats of endurance, absurd rituals and idiosyncratic mythmaking, they map out a restless and aggressive initiation. Like athletes or shamans, they are the audience’s guides, guinea pigs and preachers. They feed on their energy in a bizarre and anarchic quest to transcend the confines of normality. With the audience seated around the action in a giant whelping box-cum-catwalk, this is a place to test the body, the performer, and the spectator; a place of unsettling permissions and a pageantry born from violence. A new collaboration between Branch Nebula, Matt Prest and Clare Britton, Whelping Box blurs the lines between theatre, dance and performance art to fearlessly explore concepts of self-made mythology, machismo and the power that lies in places of powerlessness. An absurd spectacle carried of with absolute conviction. ‘A long-awaited reminder of how visceral, provocative and intelligent contemporary performance can be… Whelping Box breathtakingly delineates the pleasures, pain and contradictions of play, initiation, bonding, competition, risk and self-mythologising.’ REALTIME MAGAZINE

Bio: WHELPING BOX is a first time collaboration between Sydney-based company Branch Nebula and artists Matt Prest and Clare Britton. BRANCH NEBULA (Lee Wilson and Mirabelle Wouters) began collaborating in 1998. Driven by an eclectic and diverse passion for culture in all its forms, working in a range of settings; public space, conventional and non-conventional, with diverse artists like skaters, BMX-ers, dancers, parkourists, footballers, Bboys and Bgirls, and performance artists, to create experiences for audiences that are immediate, risky, physical, visceral and challenging. MATT PREST makes performance and installation that exists in the space between theatre and performance art with a focus on creating visceral and sensory experiences for audiences. CLARE BRITTON is an interdisciplinary artist who works across concept, design and performance. She is a founding member of theatre company My Darling Patricia.