By Caden Manson (Editor In Chief)on May 12, 2014
Comments Closed 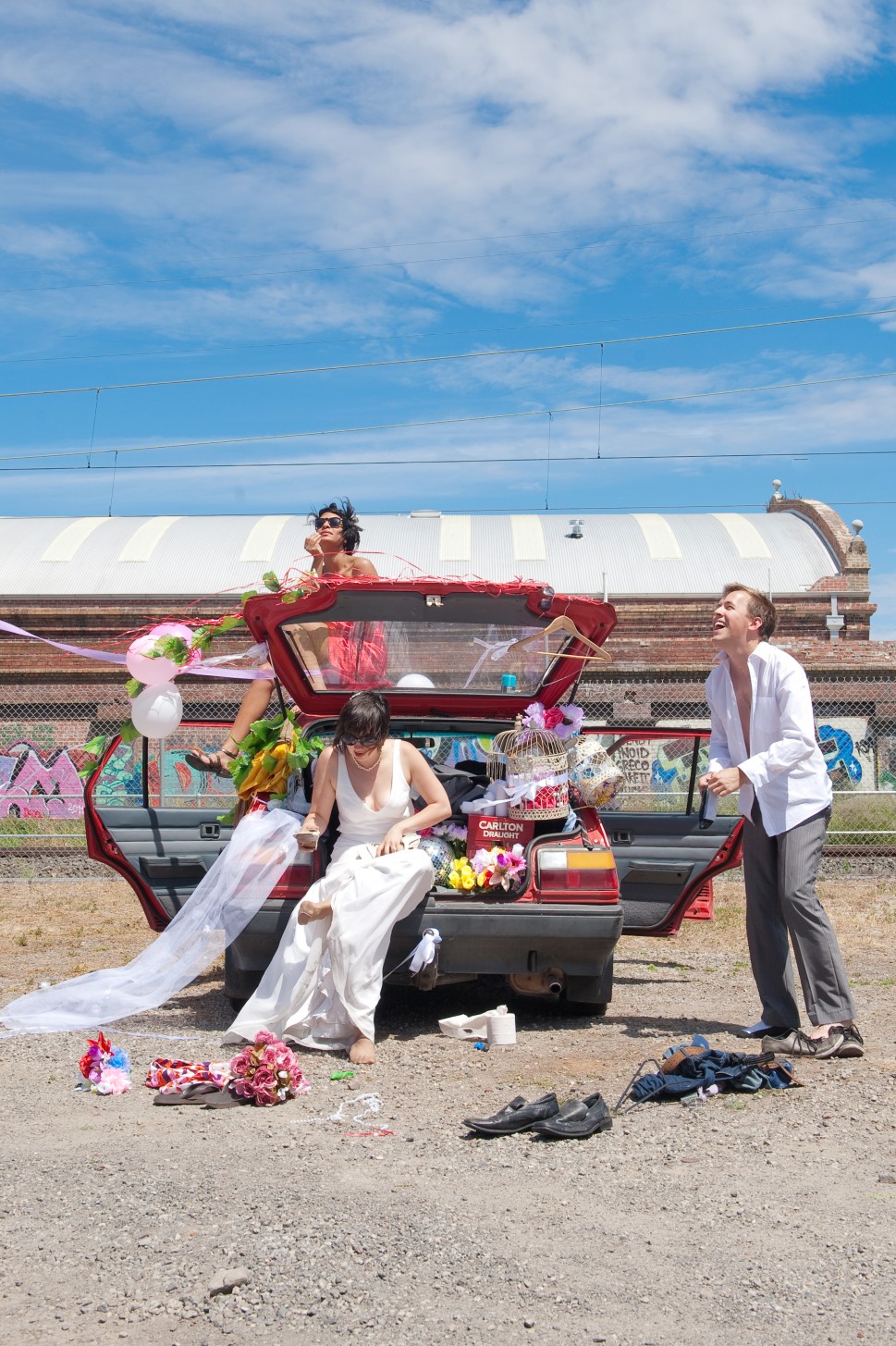 NO SHOW: Bridget Balodis + Mark Pritchard. NO SHOW is the joint project of two independent theatre directors investigating new ways of telling stories in live spaces. We create interactive and immersive theatre experiences, striving to engage generously with urgent contemporary questions and create meaningful encounters with audiences. We’re stripping our theatre craft back to its roots in myth, ritual, and the power of the live, shared experiences. Our works reimagine contemporary rituals as performative encounters, drawing the audience into the reconstruction and deconstruction of clichés and dominant mythologies, exposing the roots, desires and power structures within them. Our theatre is communal, provocative, inventive, unwieldy, and plays to both the spectacular and the intimate. NO SHOW was seeded through the Victorian College of the Arts and Next Wave, with key support from the Australia Council for the Arts and the Besen Family Foundation. Our works to date include: ‘Unfinished Business’ (This Is Not Art Festival 2013; You Are Here Festival 2013), ‘Outside Line’ (Pop-Up Playground 2013), ‘The Séance’ (2013 La Boite Indie; 2012 Melbourne Fringe Festival) and ‘Shotgun Wedding’ (2012 Next Wave Festival).

Shotgun Wedding
Shotgun Wedding is an interactive performance experience investigating the phenomenon of contemporary marriage by engaging audiences in the fabrication of wedding. Approaching this ancient cultural institution as if we’ve just invented it ourselves, and using guests as guinea pigs for the experiment, Shotgun Wedding exposes the mythologies, superstitions and meanings that the wedding ritual represents. Marriage in Australia sits somewhere between sacred rite, commercial accessory, homophobic monolith, sexist relic, and meaningless irrelevancy. As young queer artists, NO SHOW conceived Shotgun Wedding to engage with contemporary debate and understand the power and place of the institution. It’s like no wedding you’ve ever been to, but speaks to every wedding you’ll ever go to. A man and a woman are quickly frocked up and led down the aisle, with the audience cast as their soon-to-be merged families. Melding Corinthians, Shaniah and The Little Mermaid, the ceremony evokes the bare bones of a contemporary union that walks the delicate line between satire and sacrament. Then, in a bare hall, the audience creates and enacts the wedding reception from scratch. ‘Shotgun Wedding’ unravels as a desperate celebration of the contested idea of marriage, with ancient rituals jammed up against contemporary practices. The entire audience become performers, navigating through action the meanings and falsehoods of this politically contentious act. ‘Shotgun Wedding’ investigates the marriage rite as a container of cultural meaning, and asks us to consider how and why we celebrate it.