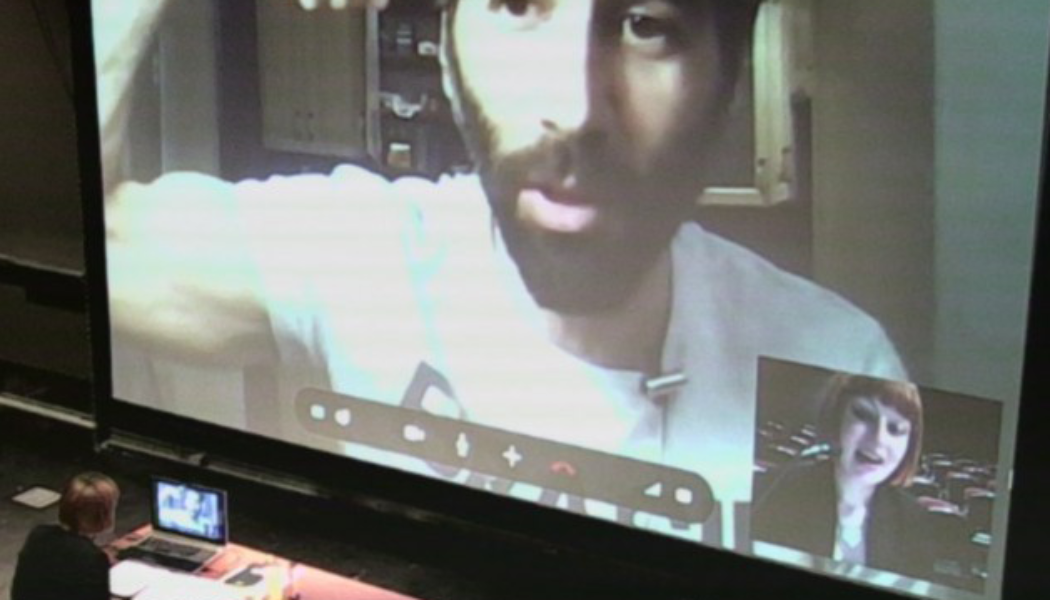 Tightrope Routines is a storytelling performance based on seven months of exchanges between feminist artist Angela Washko and pick-up artist, author, blogger and notorious manosphere leader frequently called “the internet’s most infamous misogynist. The performance began with a provocation called BANGED.

BANGED was a project initially proposed as a platform in which Washko would interview women who have had sexual encounters with this pick-up artist (a former industrial microbiologist who now writes textbooks or guidebooks dedicated to “picking up girls and getting laid” across geographic and cultural boundaries) in order to produce a parallel book and web-based project to his conquest narratives. This project became problematized when the manosphere leader became aware of it through press online. From then on, she knew the project would have to be in conversation with the PUA himself. The performance outlines this story from research to conducting an interview with the international playboy himself to responses from varied communities to what next (if anything) and serves as a testament to the feminist artist’s experience shifting from activism to ethnography in spaces of extreme hostility toward women (particularly self-identified feminists) and is a document of what tactical media might look like in today’s increasingly stratified media landscape.

An essay and the full length video interview: http://animalnewyork.com/2015/monopoly-logic-feminist-artist-interviews-internets-infamous-misogynist/