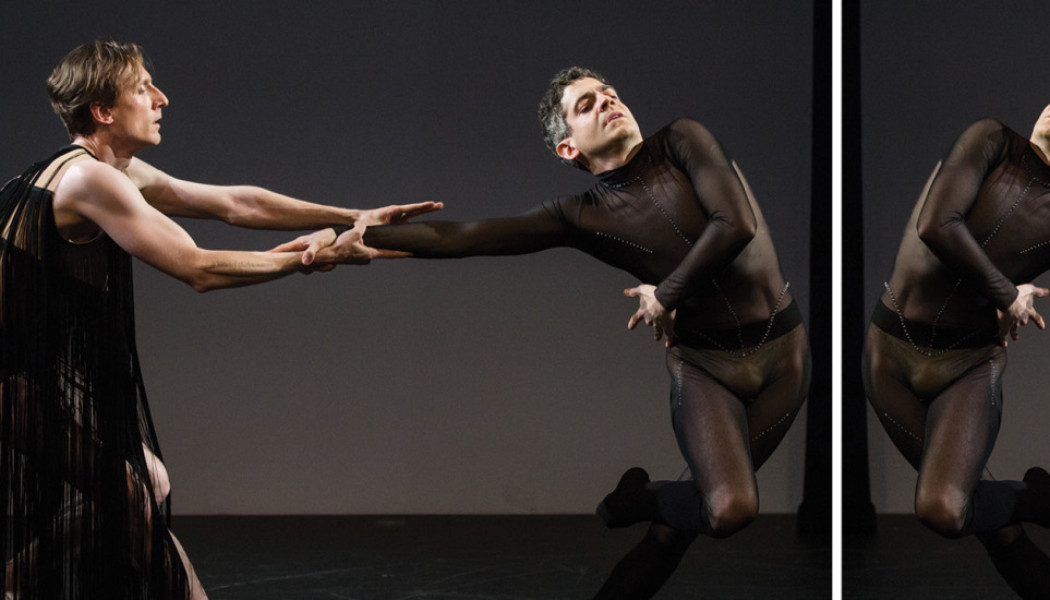 What makes a young gay boy, perceiving himself to be different, feel safe or whole? Who gives him inspiration, or permission, to be something he wants to be? In the first half of Everything Is Imaginable, Jack Ferver gives us a fantasia parade of such figures. One by one, his soloists—James Whiteside, Lloyd Knight, Garen Scribner, and Reid Bartelme, dancers coming from different performance traditions—take the stage, each presenting their childhood idol as a kind of character sketch: the emotive diva (Judy Garland), the elegant pioneer (Martha Graham), the charismatic athlete (Brian Boitano), and the fabulous beast (yes, that would be My Little Pony).

In this sequence, the dancers’ virtuosity is a source of great pleasure—as are their bodies, which are exquisitely framed in costumes by Reid and Harriet Design. Moments of wit abound, as when Bartelme (whose unflappably dignified, absolutely flaming pony was a personal highlight) opens his mouth and twittering birdsong comes out. This moment points specifically at a current that runs, for me, underneath the four men’s performances. They are paying fond tribute to their heroes, certainly, but the carefully calibrated camp of these solos also presents four archetypes of how gay men might be culturally perceived or expected to look like, move like, sound like. This section culminates in a raunchy, ridiculous showstopper in which all four dancers high-kick, grind, and mime all manner of sex acts while keeping perfect time. It’s a complex moment, both a joyous celebration and a sly provocation: Look at these cheerful sex-crazed entertainers with sculpted bodies and fierce rhythm! That’s what you want from us, right?

Ferver’s last words in the piece offer a sense of the pressure all of these models can produce—the heroes and villains, fantastic beasts and monsters, self-valuations and societal expectations: “He can’t put it together.”