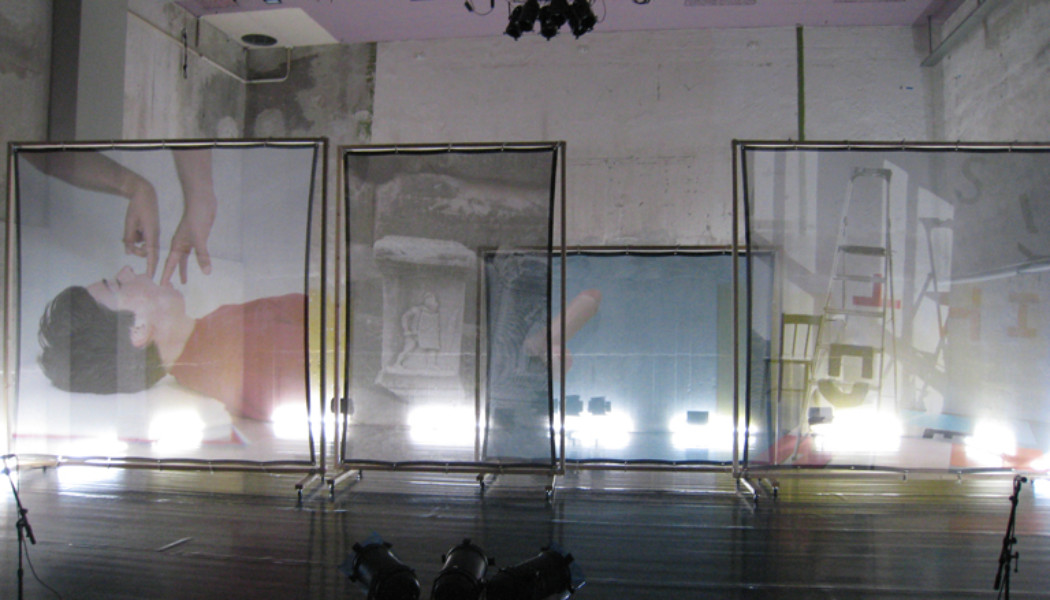 Emily Roysdon
A Gay Bar Called Everywhere (With Costumes and No Practice)
The Kitchen (NYC)
Friday and Saturday, May 6—7, 2011

For A Gay Bar Called Everywhere (With Costumes and No Practice), Roysdon drew inspiration from The Kitchen’s legacy of performance art. With her collaborators, she explores the intersections between performance art, queer culture and feminist intellectuals in New York City, crafting an undisciplined attempt at herstory. Each performance will be slightly different, but all will feature unorthodox pairings of dance, music and performance as well as a set designed by Roysdon.

Emily Roysdon (1977) is a New York- and Stockholm-based artist and writer. Her working method is interdisciplinary and recent projects take the form of performance, photographic installations, printmaking, text, video, curating and collaborating. Roysdon recently developed the concept of “ecstatic resistance” to talk about the impossible and the imaginary in politics. She debuted the concept in simultaneous shows at Grand Arts in Kansas City, and X Initiative in New York. Roysdon is editor and co-founder of the queer feminist journal and artist collective LTTR. She is a contributing member of the band MEN.

Roysdon completed the Whitney Museum Independent Study Program in 2001 and an Interdisciplinary MFA at UCLA in 2006. Roysdon has received grants from Art Matters (2008), Franklin Furnace (2009) and the Rhema Hort Mann Foundation (2010). For six months in 2008 she was a resident at the International Artists Studio Program in Sweden (IASPIS).

Roysdon’s work has been shown at the 2010 Whitney Biennial, Greater NY at MoMA/PS1, Manifesta 8, Bucharest Biennial 4, Participant, Inc. (NY); Museo Tamayo (Mexico City); New Museum (NY); and Power Plant (Toronto). Recent solo shows include new commissions from Art in General (NY), Konsthall C (Stockholm) and a Matrix commission from the Berkeley Art Museum. Her videos have been screened widely, most recently at the Berlinale; and the Images Festival (Toronto). Her writings have been published in numerous books and magazines, including the Journal of Aesthetics and Protest, Zehar, C Magazine, and Women & Performance: a Journal of Feminist Theory.