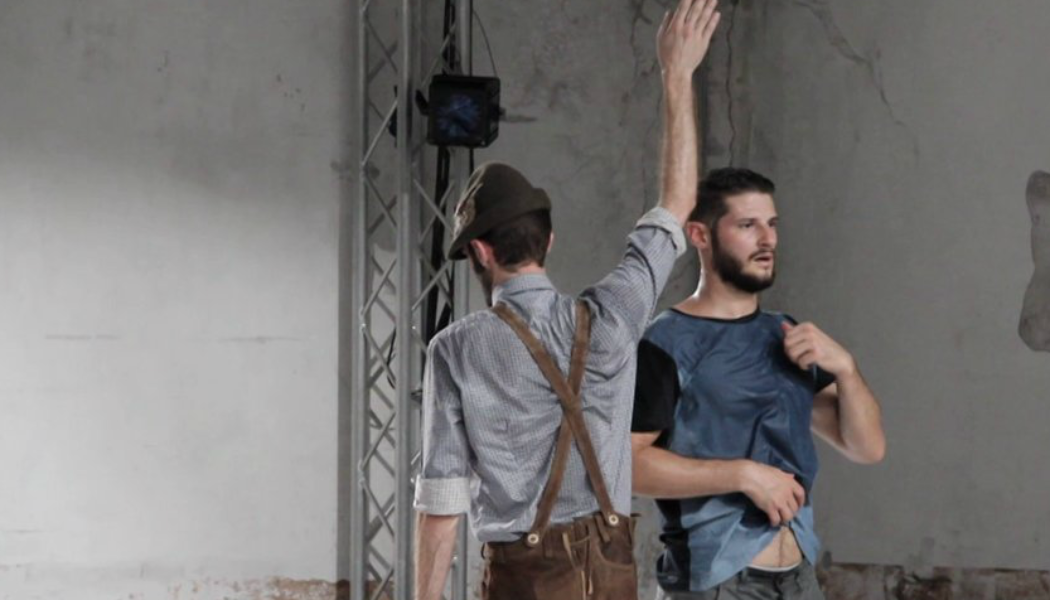 FOLK-S
will you still love me tomorrow?
by Alessandro Sciarroni

Folk-s is a performative and choreographic practice focusing on time. The work came to life while thinking about ancient folk dances as popular phenomena that have survived contemporaneity. The Schuhplattler is a typical Bavarian and Tyrolean dance. The meaning is “shoe batter” because it literally consists in hitting one’s shoes and legs with one’s hands. In Folk-s, this dance is conceived and executed to point to a pre-existent and primitive form of thought. Dance as a rule, a dictatorship, flux of images that follow the rhythm and the form, not the content. The form is rhythm, energy that is perceived through our ears, not the eyes, “eyeless”1. Thus, for the performers of Folk-s, there’s no other time than the present, a time that is not-past and not-future. It’s the infinite insistence of the tide against the sand, the endless return of the same wave to the same shore. It’s sound. In the repetition, geographically and culturally decontextualized, the folk material finds its clearest revelation. In this loop of percussive actions, the introduction of anomalies and variations seems to refer directly to the iconography of religious rites, to a complex system of signs evoking festivals and martyrdom, in the presence of a new, elegant and cruel Exterminating Angel. This way, the folk and the popular, abstracted from their original sonic matrix, seem to wrestle each other until they fuse with the contemporary condition, perpetually fighting for their survival.