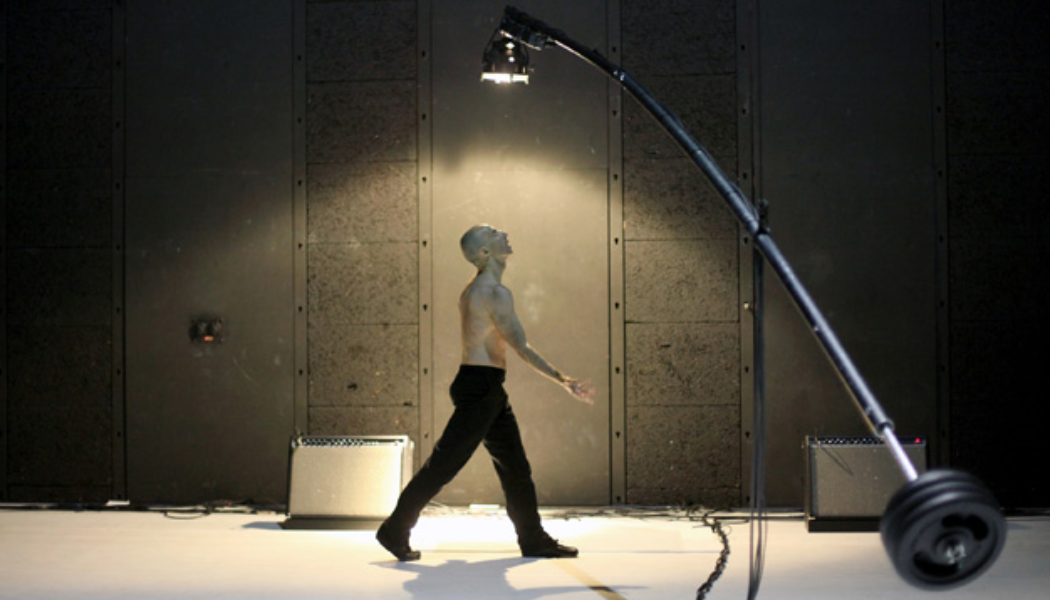 In my recent projects, I’ve been interested in the links that certain people weave with their past, especially people who come from violent environments that compelled them into exile. The encounters with these people, who are close to us and yet shaped by an ‘elsewhere’, attest to our new geographies and to what our environments conceal about this ‘elsewhere’.By delving into these people’s pasts, through interviews that will feed into the show’s theatrical material, I wish to explore the traces of History’s violence on the minds and bodies of individuals who have experienced it.

During the encounters that took place for my previous shows, I was continuously amazed at how these private-life-fragments gave such powerful insight into collective History. What caught my attention wasn’t the actual historical facts, but each person’s attitude regarding their own past, and the way that History affects each person’s identity formation. Whether it’saneed for amnesia, reconstruction or reinvention of this past, all these unique attitudes seemed to convey how breaking free is necessary in order to take hold of the present and project oneself into the future.

My new show will begin where the previous shows left off.
At the edges of civilization and the gateways to barbarity.
The instant where people exit humanity to be cast into the jaws of torture.
Doing a portrait of people who lived through torture is an attempt to depict the unpresentable.

It is about searching for a form that can convey this withdrawal from humanity.
It is about trying to grasp the imagination of those who experienced such atrocities, so that this experience does not remain hushed up.
It is also about awareness of history’s repeated violence now that torture seems to be tolerated and even legitimate at the very core of our democracies. -Rachid Ouramdane

The body in the rush and evanescent in the technologic progress… The body as a base keeping the patriotic ideal… The master and obvious body of the luxury and entertainment industries … The body as a vehicle carrying civilization, promoting individualism and well being… In any society, conservative, liberal, or revolutionary, a one only image of the body is built with its own ideology. In social issues, moral issues and political issues, the body can be a way for official authorities to lay down aesthetics standards (even when the concept of body is not built around socialist realism like in a stakhanovite or stalinian way).
The choregrapher Rachid Ouramdane questions official aesthetics in his show World Fair : how an ideology can be embodied in the physical world ? What kind of scars does political history leave on the bodies ?With the company of the composer Jean-Baptiste Julien, Rachid Ouramdane builds a concept of the body with multiple aspects : a virtuoso, glorious and unapproachable body in one hand, and in on the other hand the image of people who want to fight, adopt or are attracted by this kind of models.

About:
Prior to founding the L’A. company in 2007 – a site for artistic exploration of contemporary identity – choreographer Rachid Ouramdane had collaborated with artists such as Emmanuelle Huynh, Odile Duboc, Hervé Robbe, Meg Stuart, Catherine Contour, Christian Rizzo, Jeremy Nelson, Alain Buffard, and choreographer Julie Nioche, with whom he co-founded the Fin Novembre association in 1996. From the start, Rachid Ouramdane’s projects have exemplified the conceptual upheaval taking place in the realm of dance since the mid-90s. Following in Ouramdane’s footsteps, artists have been reassessing the definitions of “performer” and “choreographer”, and questioning modes of producing and circulating artwork. The nature of his work has led to collaboration with institutions that traditionally focus on the visual arts (the FRAC Champagne/Ardennes in 2001 within the framework of his residency at the Manège de Reims from 2000 to 2004), and to a residency from 2005 to 2007 at the Ménagerie de Verre in Paris, a multidisciplinary space dedicated to contemporary artistic output. Very quickly, Rachid Ouramdane’s shows integrated video as a springboard for thinking about body-memory. The key element of each show is a unique encounter, resulting in an original artistic approach. Founding L’A in 2007 was a turning point for his work, which now aims to blur the boundaries between dance and documentary. It was in this period that he began his residency at the Théâtre de Gennevilliers, in parallel to his ongoing association with the Bonlieu-Scène Nationale d’Annecy as of 2005 and become associated to Théâtre de la Ville de Paris in 2010.
Alongside his creative projects, Rachid Ouramdane is actively involved in dialogue and pedagogy. He is regularly invited in France and abroad to lead artistic workshops and to moderate international encounters with artists (Russia, Romania, Holland, Brazil, the U.S…).