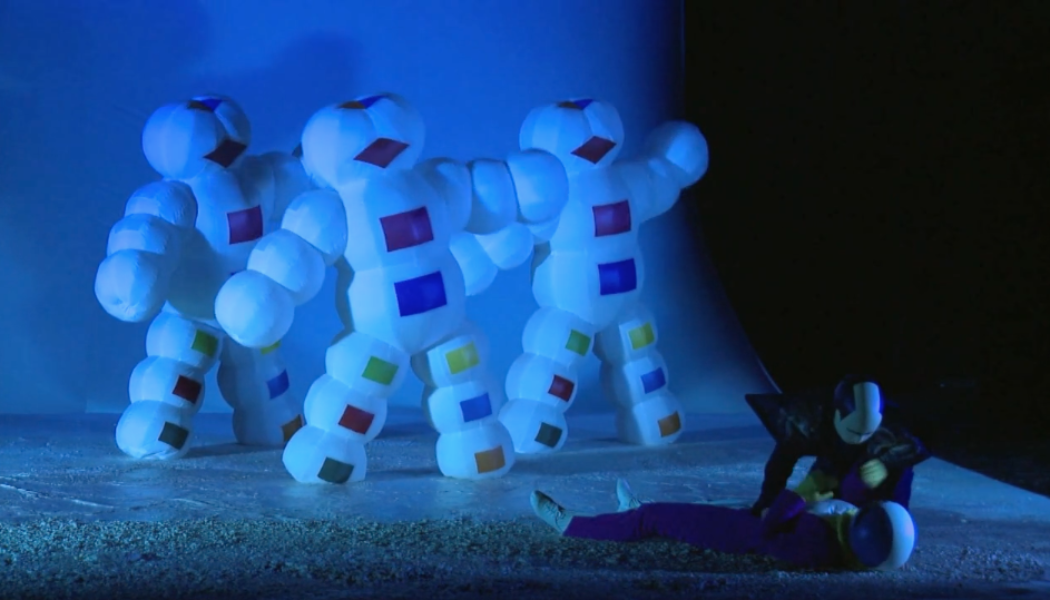 DEWEY DELL (Cesena, Italy)
Founded in 2007, Dewey Dell is an Italian dance company consisting of Teodora, Demetrio, Agata Castellucci and Eugenio Resta. Each member focuses their skills to particular roles, whilst at the same time maintaining fluidity and a freedom to model together the different elements. Teodora choreographs movements, Demetrio composes the music, Eugenio designs the lights and takes care of the technical aspects of production and Agata assists the choreographic creation and organizational aspects of the group. Since 2007, Dewey Dell has created several works including à elle vide (2007), KIN KEEN KING (2008), Baldassarre (2008), Cinquanta Urlanti Quaranta Ruggenti Sessanta Stridenti (2010), Grave (2011/12), and Marzo (2013), the last of which has been hosted in important festivals such as Biennale Danza di Venezia (IT), Steirischer Herbst in Graz (AT) and Melbourne Festival (AU). Since 2011, Dewey Dell has started a musical path with different forms of live concert and producing several EPs, always maintaining a choreographic aspect. Between 2007 and 2013 Dewey Dell has been part of the project Fies Factory by Centrale Fies in Italy. Since 2013 Dewey Dell has been supported by the European network apap – advancing performing arts project.

MARZO
The aim of Marzo was to create an abstract contemporary dance show with a narrative that anyone
can follow. For the first time Dewey Dell used dialogue to assist the choreography. Since ancient times March has always been the month of the war; the Winter fades away and the blooming of the Spring sets time to return to the battlefield. The Spring brings the birth of love: everything reborn again and so the passions and the feelings. On a distant planet lies the remains of an impact crater where some creatures live a drama which seems to contain all the hostility – happened billions of years earlier- held within the surface of the crater. March (Marzo) is upon them and they are living the pungent ambiguity of this month in between the need to fight and the desire to love and to remain still. From the planet Earth the audience sees them as if through a telescope and as silent viewers they are submerged in the events. The company wanted to explore through dance and music the widest spectrum of human emotions as possible. This work represents a strong turning point for Dewey Dell; for the first time the creative process has been opened to two artists outside the company. One is the comic designer
and visual artist Yuichi Yokoyama, who designed the costumes, the other is Kuro Tanino from
the company Niwa Gekidan Penino who helped us to manage the dialogues in Japanese.