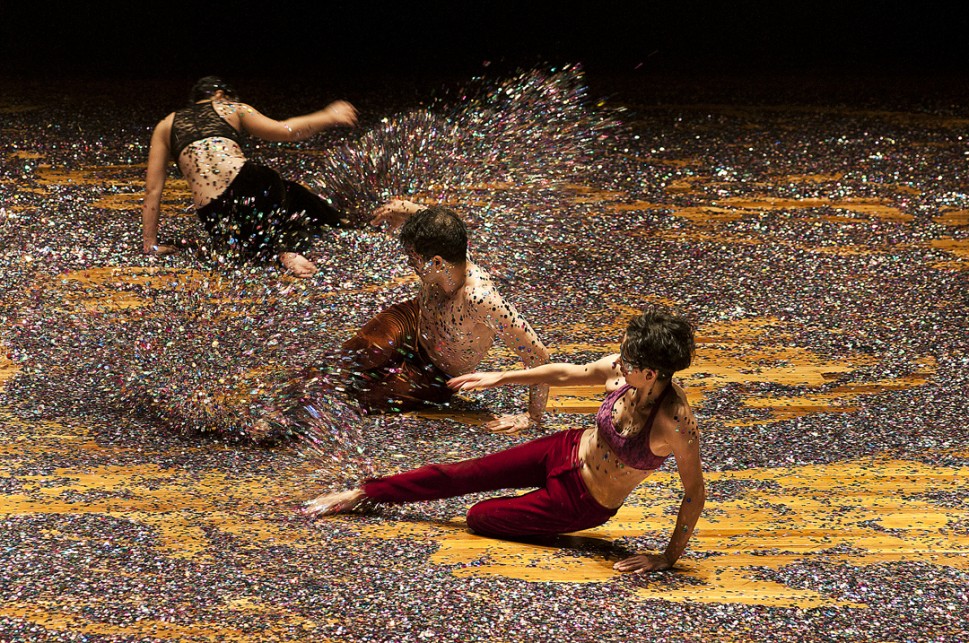 Artist Statement
Ângelo Madureira e Ana Catarina Vieira became a reference in contemporary dance in Brazil. Any attempt to compose a picture of the current brazilian dance is doomed to failure if we don’t consider the work done by them in the last decade, says the curator of the age of Brazil in Portugal. They both already created many works and have performed at Germany, Panama, Portugal, Croacia and New York. In Brazil they have received several important awards and currently are sponsored by Petrobras. Angelo is one of the heirs of the Popupar Ballet of Recife. Ana brings with her the memory from the classical ballet and they both together has build a kind of contemporary body from the dialogue between these two artistic heritages. These fiften years of continued work were dedicates to systematize, into the perspective of contemporary dance the material produced from this dialogue. How to capture the audience introducing them a new look about dance without to turn it superficial or comercial? How to put together different kind of audiences with differents points of view, through a provocative dance that raises questions, trying to bring out changes, freeing dance from it precarious condition, being subservient to a pleasant diversion? We do believe that what we are producing can induce changes and reflection in our lifes and in the life of who is watching us.

Along our way, the shine of the dance was dissapearing and we’d like it to return, however in the logic of contemporary dance. That is why emerged the idea of to use paillette as material, not embroidery on clothing as use to be in the costumers from the brazilian folk dances but in our body and in the space as a wish of to bring back the shine present in the folk to our contemporary dance. Where the floor is coverd up by countless paillettes, it goes being made and unmade by the dancers drawing a territory in permanent state of mutation. ” we are sublimating all the uncertains of life”, say the creators. The power of the paillette’s metaphor – it shines by itself but needs the others to spread out the brightness. This is the incentive to rethink the political function of dance, this unstable discipline that needs to strenghthen it collective forms of existence to survive. The audience during the performance start getting hypnotized by the brilliancy from the palliettes and when the perfomance ends up they immediately walk out to the space where it is to touch and try to copy what they just watched. When we started performing this work, this interaction with the audience doesn’t exist but after few “invasions” we decided to invite them to join us always after the performance.