By Caden Manson (Editor In Chief)on May 25, 2012
Comments Closed 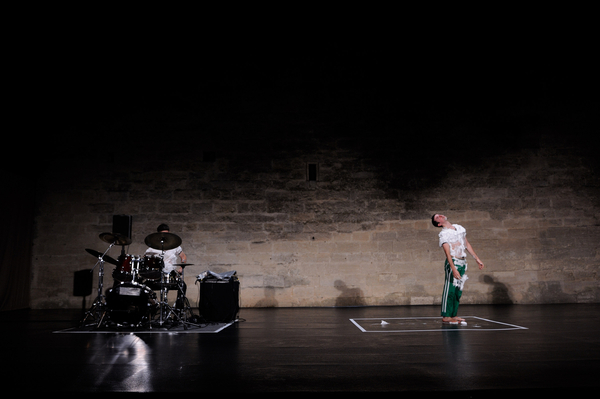 Queer New York International (QNYI) is a performing and visual arts festival that will take place for the first time from June 5 – 16, 2012 and will present some of the most exciting artists from all over the world. The goal is to create an artistic context that will respond to a process of systematic narrowing of the very idea of what queer (in) art is.

The QNYI Festival will create a new understanding of queer that will redefine what has become the preconceived, expected and very stereotypic notion of the term as marginalized entertainment and burlesque-type drag aesthetic lacking any artistic relevance. This impoverished reality will be approached by an empowered new concept of queer as a wider platform for excellence in arts, capable of tracking, discovering and interpreting new trends and reinventing queer to be both socially and politically relevant while daring to speak openly about the norms that constitute society and artistic practices. By this redefinition, it will be possible to present artists whose work deals not purely with gender and identities (i.e. expected queer issues), but with different aspects of norms, disabilities, ethnicities and race to name a few.

This need to constantly widen the meaning of queer comes from a realization that a narrowing process of that term has systematically been taking place in the so called “queer centers” of the world – Berlin, Amsterdam, Sydney, London, San Francisco, New York, and others. Those gravitational centers where it has become seemingly easier to live with others’ (queer) identities are actually the places where the idea of queer art has become as irrelevant as it ever was in most places around the world. Like for example in Eastern Europe where queer art never really existed before an international queer festival (Queer Zagreb) created tools for it to be recognized. The result of all this is that New York, or any other city in the US, does not have an artistically relevant queer festival. The reason is not, as it may often be heard, that there is no need to separate or name or identify art as queer, but because the process of continuous narrowing of queer results in queer art being hijacked by the mainstream and its queerness being sublimated and metamorphosed into an abstract artistic level, absorbed and erased, thus made invisible, no doubt on purpose in order to be easier to be consumed.

The long term effect and vicious circle of this transition and impoverishment of queer and its wider meanings is that even artists often avoid the label since they see it as something that would narrow and define them in a limiting way. It should actually be the contrary – that is, queer should be seen as symbolic capital to be added to their work rather than a handicapping definition that could alienate wider audiences. (Source-QNYI Website)

Stefano Ricci and Gianni Forte (featured on CP Network in April 2010), known by many as the l’enfants terribles of the Italian theater scene, present their acclaimed work Macadamia Nut Brittle. The play, based on text by Dennis Cooper, frames four performers in a desperate waiting game. Searching for love within an impossible world, the characters are faced with the choice of self-discovery or self-reinvention, and the risk of losing control.

Tadasu Takamine presents his controversial video/performance installation, Kimura-San. Mr. Kimura was a victim of the Morinaga arsenic milk poisoning who lost complete use of his arms, legs, and mouth. Takamine was Kimura’s caretaker for five years, and filmed himself caring for Kimura, including aiding in the satisfaction of his sexual needs. Takamine was a member of the artist collective Dumb Type from 1993 to 1996, and has gone on to create numerous video and theatrical installations that have been presented in galleries and museums around the world.

With these works, David Wampach (featured in 2010) exposes and exploits the relationship between dance and music that, according to the artist, too often gets left on automatic pilot. A strange and demanding performance, Autoplays with expectations as the choreographer moves around the space to the sound of dissonant music. The second piece, Batterie, is a duet between a dancer and a drummer that explores a series of relationships: the drummer and himself, the rhythm and the body.

Silvia Costa (highlighted as part of the Uovo Festival in March 2010), a former member of Romeo Castellucci’s Socìetas Raffaello Sanzio, presents her live installation La Quiescenza del seme. The work focuses on the moments that precede birth, and the preparation and waiting that charges every birth with physiological and ideological meaning. Costa performs suspended inside a pool filled with milk, as if hibernating or frozen in time.

2-Dimensional is a performance installation that explores the delicate relationship between the artist and the viewer. Lying underneath a plexiglass structure, Josifov invites the audience to walk over him. In this performance, the artist is an observer as much as he is observed while the spectator becomes a performer.

DISCUSSION
“How Queer Everything Is Today!”
TUESDAY JUNE 12, 6:30pm
at Abrons Arts Center

Our friends over at Culturebot are hosting several artist talk backs and iterative discussions. Modeled after Lois Weaver’s “The Long Table,” for this event, Culturebot is inviting a variety of artists, critics, and curators, along with audiences, to take part in a discussion about queerness in performance. What is a “queer” art practice? Is it the artist’s intentions or the framework? Are their limits or frameworks that define it? And how do we move from autobiography and narrative toward an understanding of queer aesthetics? The event is free and open to the public; light refreshments will be served.